I remember the first time I saw bibimbap was on a cooking show. It looked amazing to me! The rice, meat, all the veggies, and a fried egg. I was instantly in love.

Two weeks ago, OB and I were way up on the northeast side of DFW in Frisco. It was an unplanned trip to see a man about a horse…um, Jeep. I was time for lunch and we were starving.

I did a quick search and found a place called Burning Rice. It’s a build your own bibimbap bowl restaurant.  You pick your rice, meat, vegetables, and even your bowl. 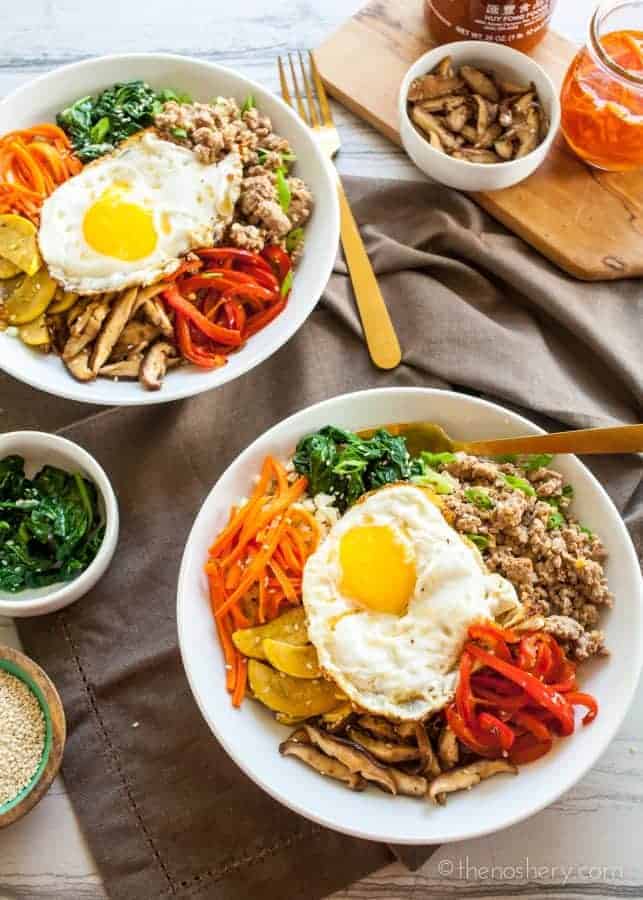 They have locations in Lewisville and Frisco. If you are anywhere near a Burning Rice, check it out!

I got a hot stone bowl with beef bulgogi and all the toppings. And, believe it or not, my favorite topping was the fish cake. I know that may sound suspect to some, but get the fish cake! It’s amazing! 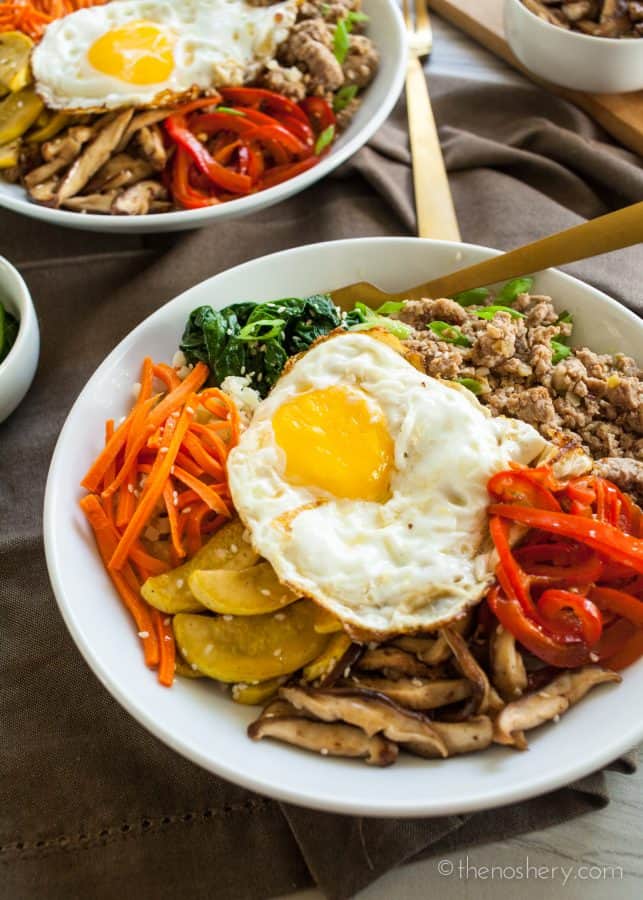 You know how much I love dinner in a bowl. The proof is in my Rice Bowl Meal Prep, Asian Chicken & Toasted Coconut Rice Bowls,  and how much I make this Kimchi Fried Rice from Rasa Malaysia. I was so in love with my bibimbap experience I decided I would recreate a paleo version of bulgogi bibimbap with cauliflower rice at home.

If you’re not familiar with Korean food, first of all, bibimbap is a dish that literally means “mixed rice”. It is often served in a hot stone bowl, which keeps your food warm and crisps the rice.

I seasoned some pork like bulgogi and sautéed the vegetables in the drippings from the ground pork. I’m not going to say “mixed cauliflower rice” is just like “mixed rice,” but it is delicious and satisfying.

Second of all, if you’re not familiar with Korean food, you need more of it in your life like my Kimchi Korean Pancakes and Oh Sweet Basil’s Korean-Style Fried Chicken.

Bulgogi means “fire meat.” It is thinly sliced marinated meat that is grilled or cooked over a stovetop griddle. The marinade is made with soy, brown sugar, ginger, garlic, sesame oil, and pureed apple or Asian pear.

While I used pork (surprise, surprise), you can make it with chicken or a thinly sliced cut of beef like sirloin or rib eye. 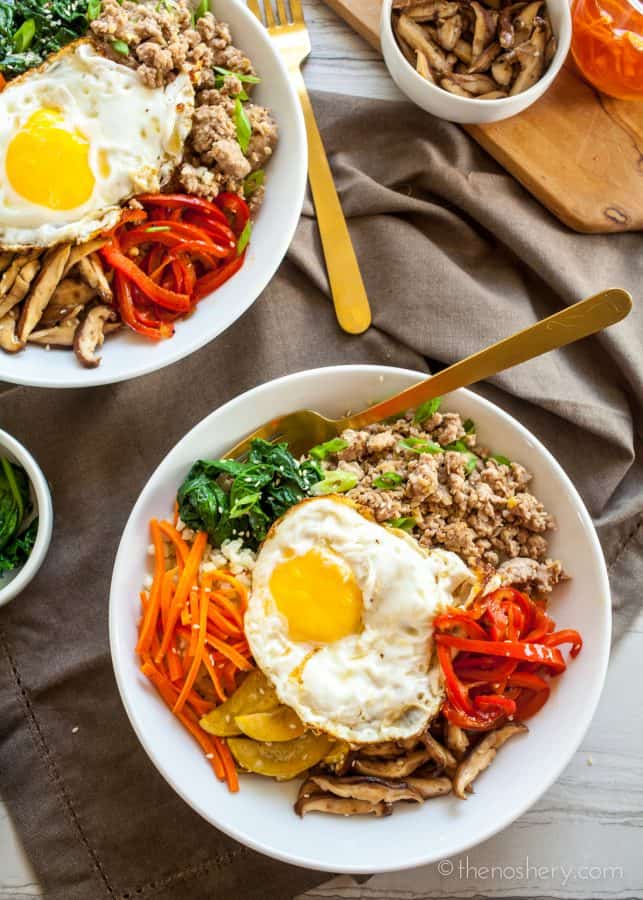 How to Make Bibimbap

This pork bibimbap recipe has SO many layers of flavor! In a small bowl combine the ingredients for the bulgogi marinade—garlic, ginger, scallion whites, soy sauce, sesame oil, honey, and sesame seeds. If you don’t have honey, you can also substitute some brown sugar.

In a nonstick or seasoned cast iron skillet, you add ground pork and the sauce and cook on medium-high heat until the pork is brown and the sauce is thickening nicely. Then you drain the pork and transfer to a bowl.

With 1 tablespoon of the drippings, you cook the spinach with some sesame seeds until it’s wilted and then set that aside so it doesn’t get too mushy. Remove excess water if need be. Next, stir fry the shiitake mushrooms and other veggies in the same pan.

Meanwhile, you prepare your cauliflower rice according to package directions, flavoring it with sesame oil and salt. Bonus to this recipe: If you’re cooking on the stovetop, it takes a few minutes to fluff up as opposed to the 30 minutes it takes for traditional rice.

Now, Let’s Put it All Together

To assemble, you divide the cooked rice between four bowls and add pork with that delicious sauce, the colorful vegetables, and some pickled carrots for a little somethin-somethin. A fried egg on top in that perfect place between raw egg and set yolk is the crowning glory for this delicious dinner, along with a sprinkling of thinly sliced scallions.

Also, there is no rule on what vegetables to top your “rice” with. Feel free to cook bulgogi bibimbap with whatever you have on hand and sounds delicious to you. Bean sprouts would also give it a nice crunch if you like those.

If you are trying to conserve carbs, this bulgogi bibimbap is a great option. I love lighter versions of classics that still turn out tasty! You can also try my Pollo Asado and Kale Salad, Chicken Shawarma Wraps, Healthy Turkey Meatballs, Lean Mini Meatloaves, and Light Thai Peanut Noodles. 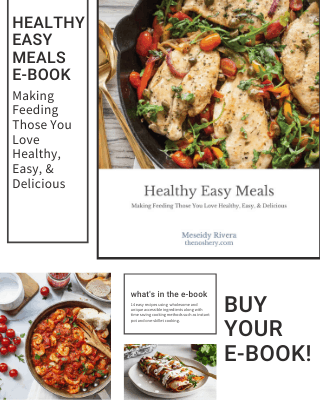