This post was sponsored by Pompeian.  All opinions expressed on my site are my own. 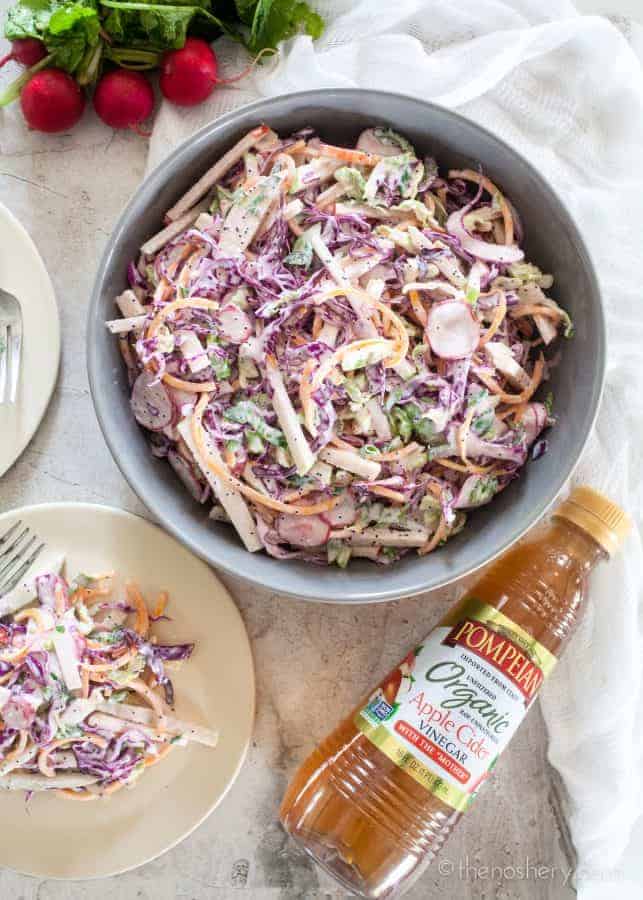 I have always associated slaw with summer barbecues. It seems that without fail that when I’m at a barbecue there is a bowl of coleslaw somewhere nearby. But why does slaw only have to be for summer barbecues? I have partnered with Pompeian to share with you their new line of organic vinegars. Today I am using Pompeian Organic Apple Cider Vinegar to make a sweet and tangy autumn brussels sprout and apple slaw. 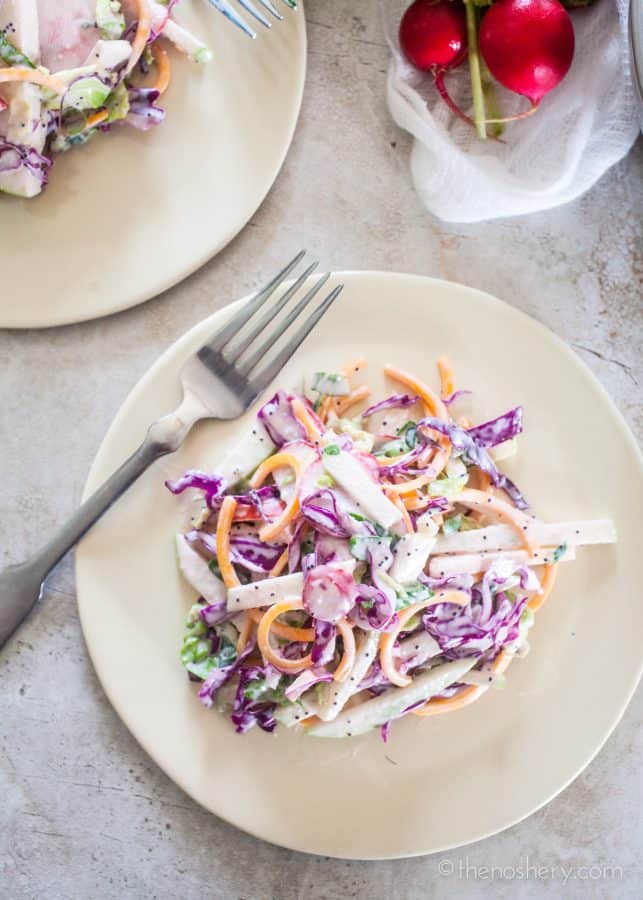 Pompeian Organic Vinegars are naturally gluten free and non-allergenic so they are perfect to use in vinaigrettes, dressings, and marinades for your next get together. Pompeian’s first apple cider vinegar is not filtered or pasteurized in order to preserve the presence of the “mother” and its natural health benefits.

Inspired by the tangy sweetness of Pompeian Organic Apple Cider Vinegar I decided to make an Autumn slaw with brussels sprouts, apples, butternut, cabbage, and radishes. I wanted the slaw to be creamy but still light so, the dressing is made with greek yogurt. 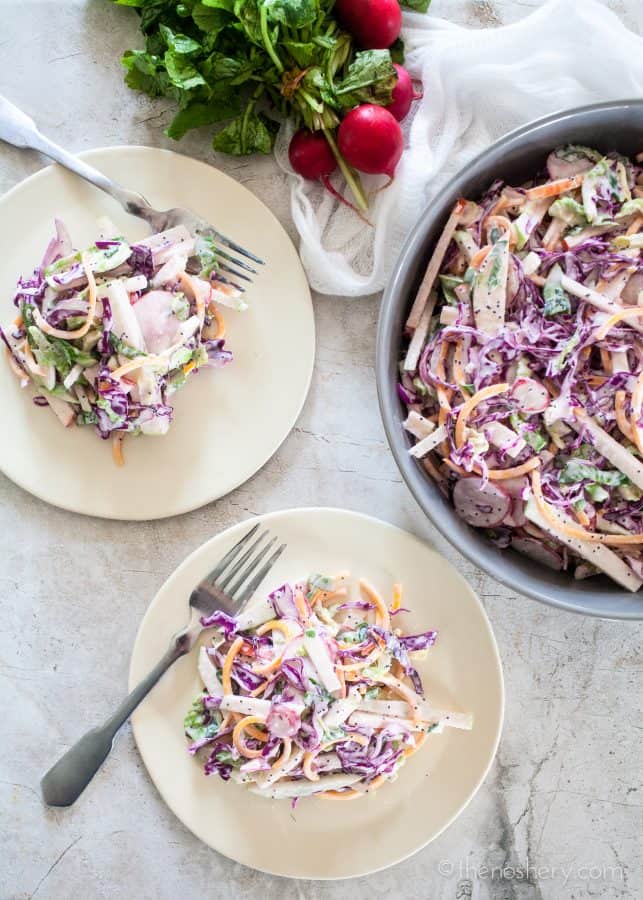 This salad packs a lot of crunch, little hints of sweetness, and a bit of tanginess. It’s great to enjoy on its own, as a side, or in your next pulled pork sandwich. You will never want to go back to ho-hum coleslaw!

Items Used in this Recipe:

Having a mandoline with an interchangeable blade makes preparing this slaw easy. But if you don't have a mandoline you can use a spiralizer, julienne peeler, or vegetable peeler for the butternut squash. The remaining vegetables can be thinly sliced with a knife.

To prep, the apples cut in half, lay cut side down, and thinly slice starting at the bottom of the apple and moving up there is no need to core the apple. Then cut the slices into matchsticks.