Spanish Hot Chocolate with Coconut Churros | Many moons ago when I had cable, I was watching some show on the Cooking Channel about living in Spain.  I was immediately glued to the television.  I love anything Spain! My biggest dream is to go back and visit Spain or what I affectionately call “The Mother Land.” 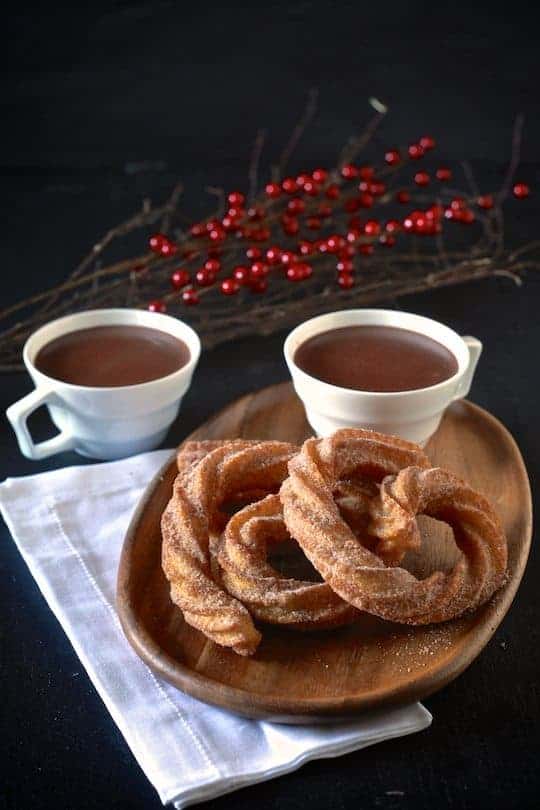 I remember the show! From Spain with Love!

The episode was all about Spain’s obsession with chocolate.  It all started back in the 16th century when it was discovered in the regions of Mesoamerica and brought back to Spain.  With time chocolate became a very popular drink in Spain and served to the Spanish monarchy.  It was said that “chocolate is to the Spanish what tea is to the English.” 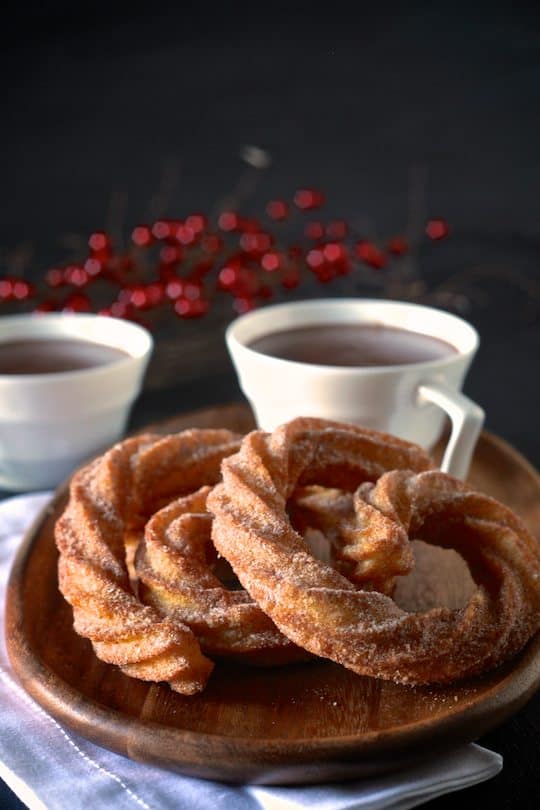 But, it wasn’t like the hot chocolate that we drink here in the U.S.  It’s made with bittersweet chocolate and served as a rich thick and creamy drink. Thick enough that it coats and holds on to your churro when it’s dipped, but still thin enough to drink. 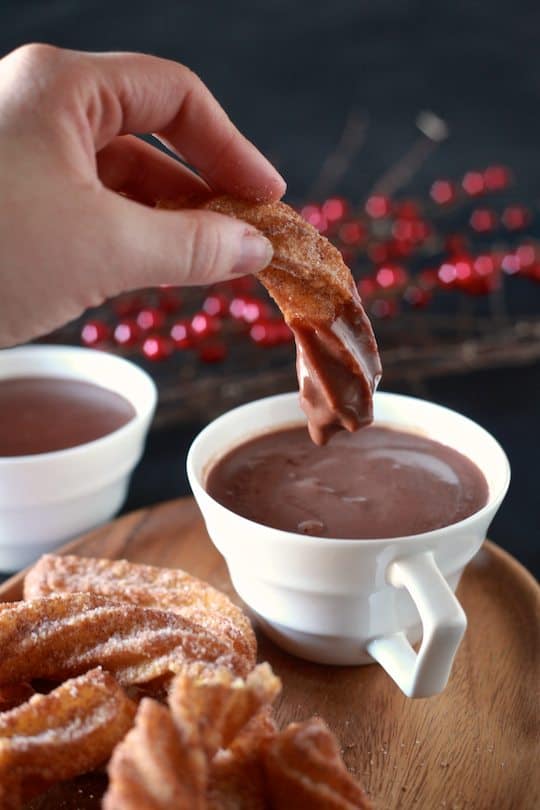 During the episode, they sat down for cups of thick hot chocolate and a side of crispy fried churros.  I immediately knew that I had to make this for myself! Seriously what could be better!? 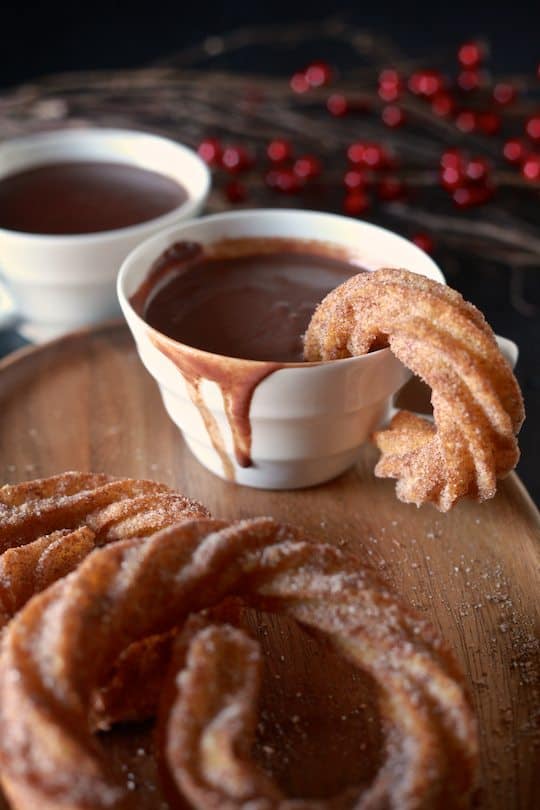 There are all kinds of happiness going on!  Hot chocolate, sugar, cinnamon covered crispy churros and for the heck of it, I added a few teaspoons of coconut extract to the churros.  Because coconut and chocolate are BFFs.

Someday I will go to Spain and sit at the counter of a chocolateria and have an authentic Spanish hot chocolate with churros.  In the meantime, I have these to hold me over.