Summer Shandy Sangria | It’s been so busy around here! Between all the projects we have to do on the house, getting ready for visitors, a secret project (stay tuned for that one), and life, in general, it’s been freaking nuts! Sometimes you just want to kick back with a cocktail by the pool. So, happens that I got a refreshing summer cocktail recipe and a pool to sit by.

The other day when I was looking for something to drink by the pool. I was about to grab a beer and call it a day but, I was craving something more with more citrus. So, I got a little experimental and married a shandy and sangria.

Have you ever had a shandy? They are delicious! Even if you’re not a beer drinker you will be a shandy drinker.

What is a Shandy

A shandy is a beer based cocktail that is mixed with a  carbonated lemon-lime drink or a lemon-flavored beverage like lemonade. You may have also heard of a similar cocktail called radler. Shandy and radler are essentially the same. The difference is their origin, a shandy is the British name and radlers are the German name for them. However, sometimes a radler will also be mixed with grapefruit juice.

What Beer Makes the Best Shandy

Traditionally shandy is made with wheat beer or light lagers which may be why I love them because those are my favorite beers. Pilsner also makes great a great shandy base. For those of you who like a hoppy IPA, shoot for a light IPA. My personal favorite is wheat beer. 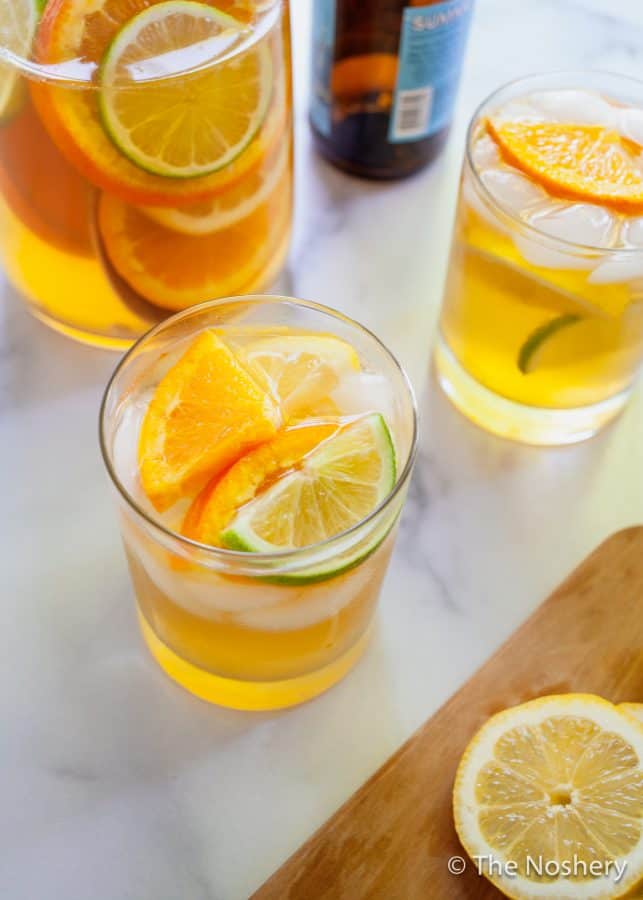 A shandy is sounding pretty awesome so far right? It’s about to get awesomer (yes I say awesomer because I like to) with a little sangria twist. Give me all the fruity drink. 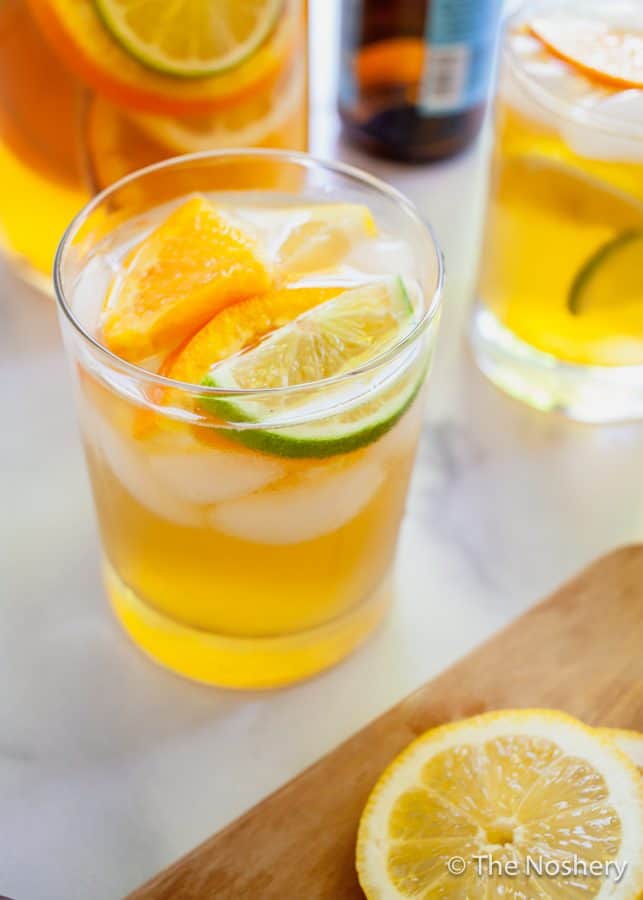 There are a few theories of the exact origins of sangria but the consensus is that it’s a Spanish drink. Regardless if it originated in Spain or in the Spanish Caribbean it delicious. Traditional recipes use red wine that is mixed with chopped fruits, like apples, orange, pears, pineapple, and others. It is then sweetened with sugar, orange juice, and brandy. It’s served cold over ice and sipped on a patio or by the pool. That last part about the patio and pool are more of a suggestion.

The great thing about sangria is that is can be made ahead of time and it gets better with time. It makes a great party drink. 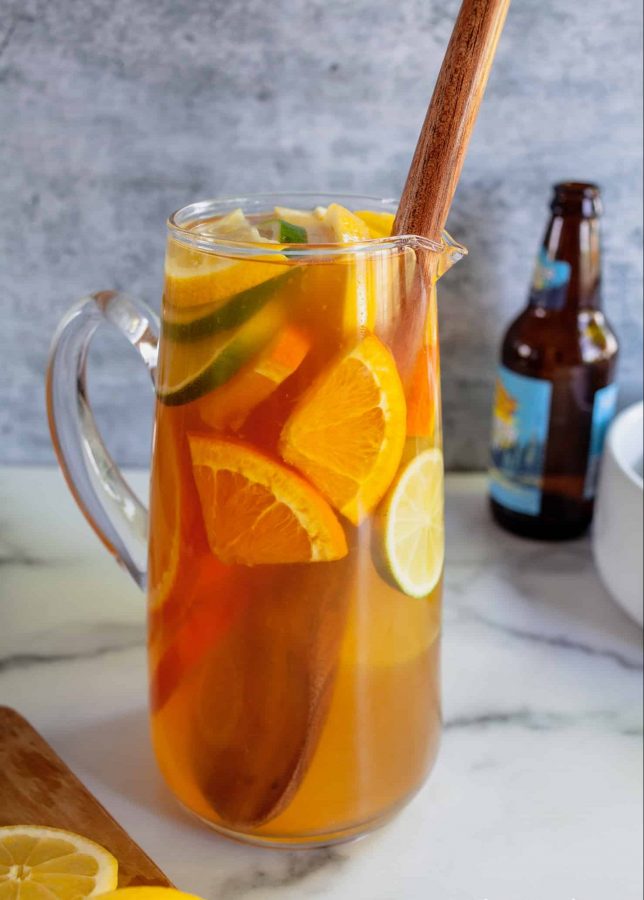