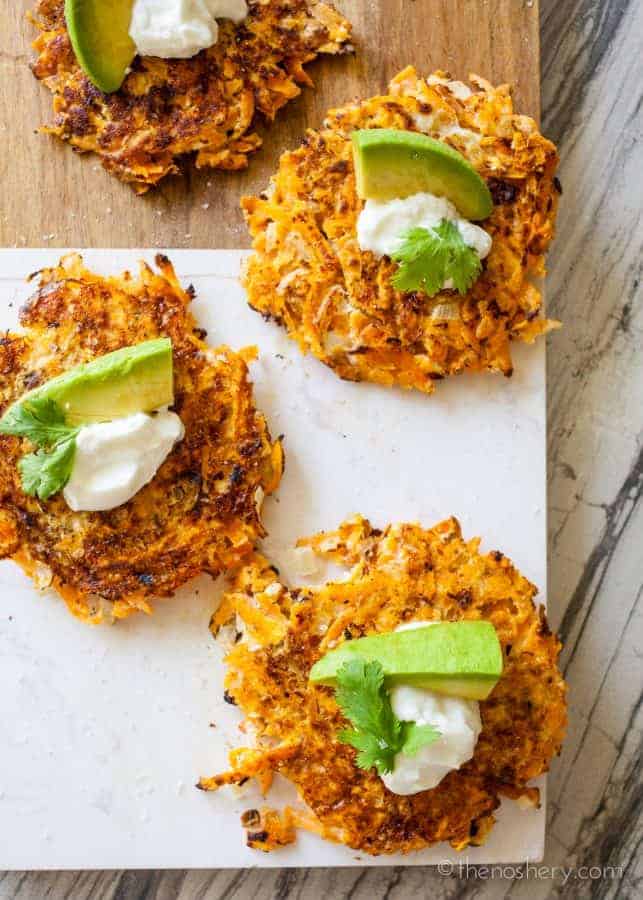 Last year I took a trip with two of my friends to New York City. While we were there we had breakfast at a place called Russ & Daughters. This was my the first time I was introduced to latkes. I have heard of latkes but I had never had the opportunity to taste them. I fell in love! 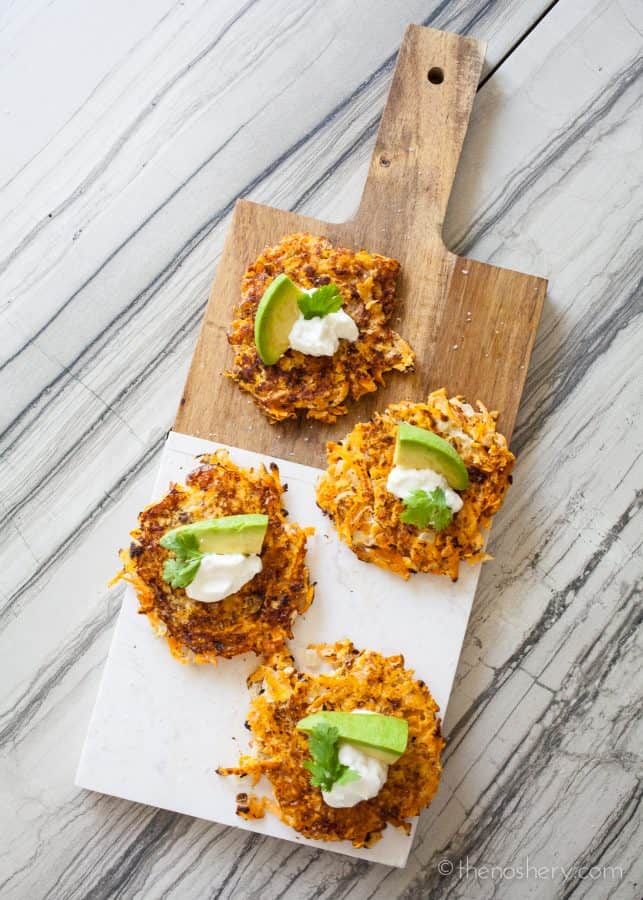 Latkes are deep fried potato cakes served with a dollop of sour cream or apple sauce. As much as I love latkes I enjoy them as a treat because….well, deep fried.  So, I can get a taste of latkes more regularly I thought I try a lighter version with sweet potatoes. 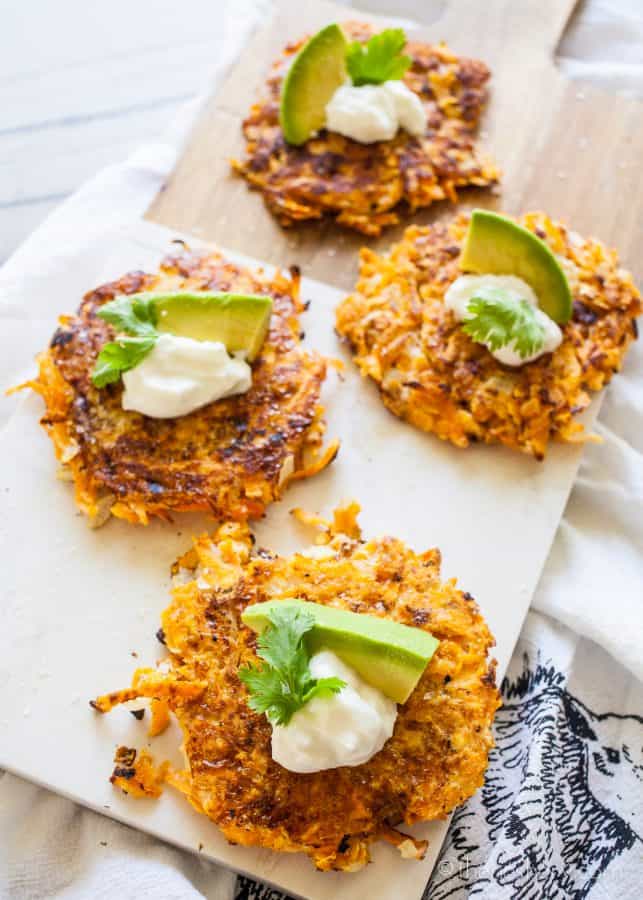 These latkes are lightly fried in a non-stick skillet and bonded with egg and almond flour. This way they are healthier than traditional latkes. This recipe has very basic seasoning and flavor but you can make them your own adding fresh herbs and different spices. I can totally see a Southwest version with cumin and cilantro.