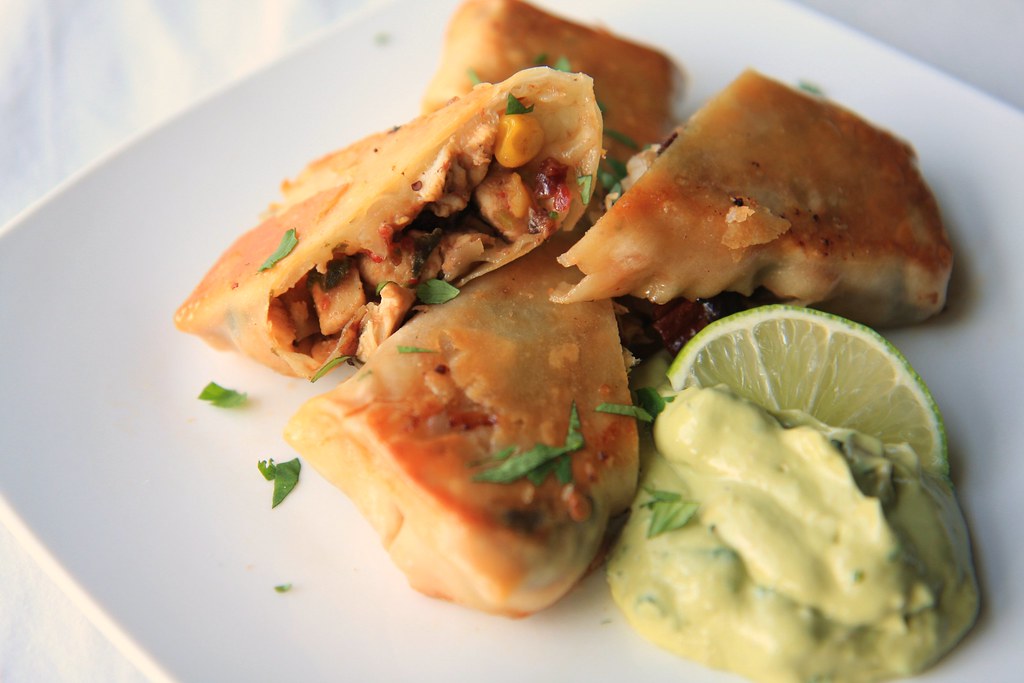 I would have had this post up earlier but Hubby and I decided to go for a ride on his bike.  It was a beautiful night and perfect to go for a ride.  I wish I could get a photo of us riding on the bike but it is hard to be in two places at the same time.

Well this evening I thought I would convert a previous recipe of Spicy Lime Chicken with Black Bean and Corn Salsa into some Southwest Eggrolls.  One of my favorite dishes from Chili’s is their Southwest Eggrolls.  I was craving these suckers but I didn’t want to go out.  I had some eggroll wrappers sitting in my refrigerator for forever now and I figured it was time to get some use out of them.

While the chicken cools you can make your dip.  In a small food processor combine avocado, sour cream and 1/2 tsp of adobo sauce from the chilies, blend till smooth.  Taste and season with salt and pepper.

Now to roll your eggrolls…..

Take a sheet and place it like a diamond in front of you. 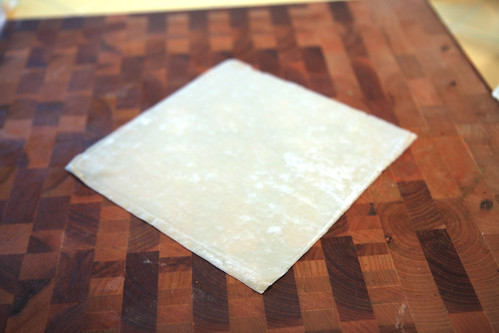 Take 2 Tbs of chicken mixture and place it a third of the way on the sheet.  This looks like it is in the middle but it should be on the lower third. 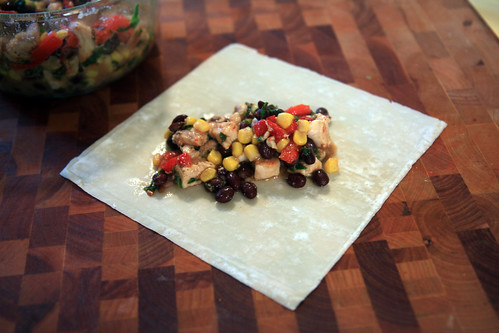 Fold the bottom corner over the filling. 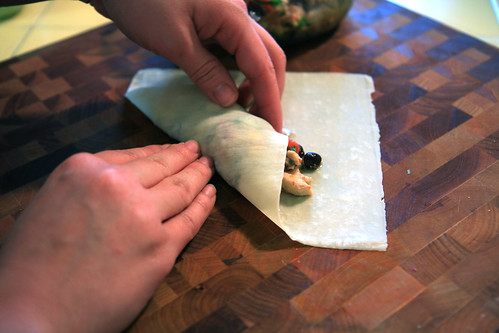 Brush the left and right corner with egg wash and fold to the center, then roll up once. 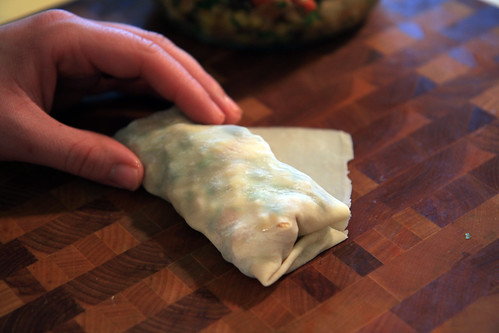 Brush the remaining corner with egg wash and fold over. 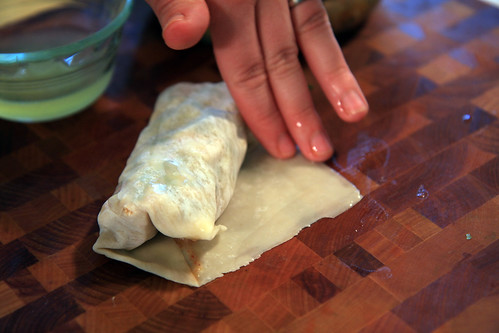 Make sure the seam in nice and sealed. 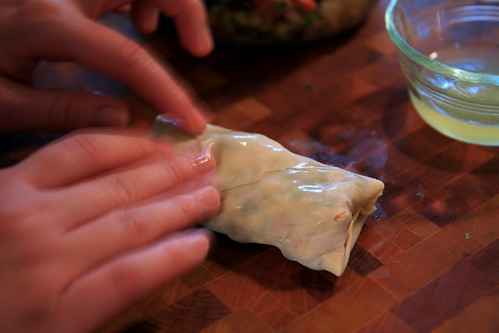 I ran into on problem while making these.  I tried to flip them half way through so both sides of the roll would toast.  But when I did that all the juices started to seep through because the top has a thinner layer of dough than the bottom.  If you really want to bake instead of fry these, I would not flip them.  Instead I would transfer it down to the broiler and allow the top to crisp just a bit.  Keep and eye on them so they don’t burn.  Then remove them from the broiler. 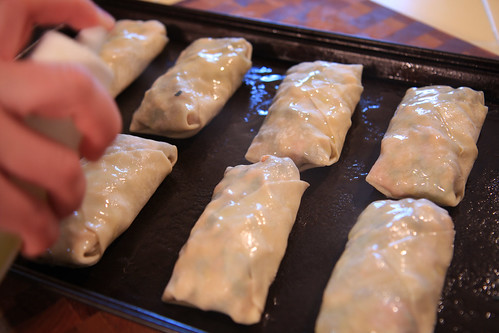 When they are done tent them with some foil and let them rest for 5 minutes.  This sets the eggroll so you can actually eat it with your hands with out it falling apart.   I sliced mine in half and served with the avocado creme.  Ohhhhhhh so good, tasted just like the real thing.

Easy to make even easier to consume. Must eat! 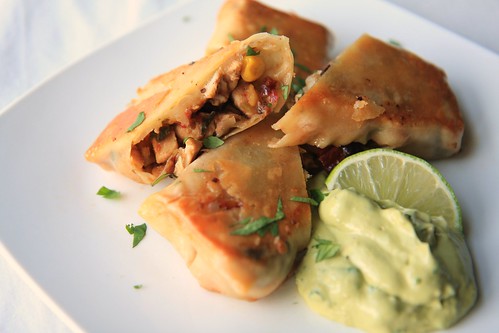