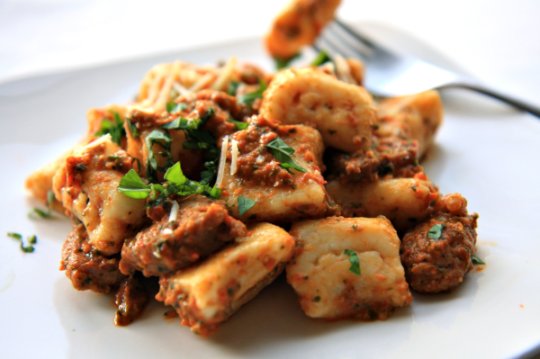 Have you ever woken up in the middle of the night trying to eat your pillow?  Bizarre question perhaps?  Not that I have, but there are times that I could have because I woke up so hungry.  If you have, your dreams have now come true.  Next time you wake up trying to eat your pillow just whip yourself up some of these yummy and light pillows of goodness. 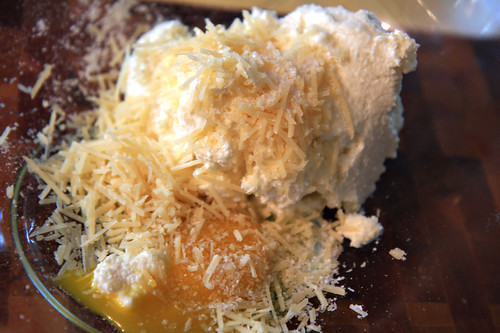 I remember the first time I ever heard about gnocchi was on an episode of Top Chef.  Jamie was doing a stuffed gnocchi and Tom Colicchio was a little worried about it because he said gnocchi can be temperamental.   I had no clue what in the world they were talking about.  Honestly I thought it was an Asian thing because of the way it’s pronounced.  At some point I heard about it again, along with an explanation of what it was.  Gnocchi is basically an Italian potato dumpling.  It’s said to be temperamental because it can easily turn out too dense or chewy if not done correctly.  It is also apparently labor intensive. 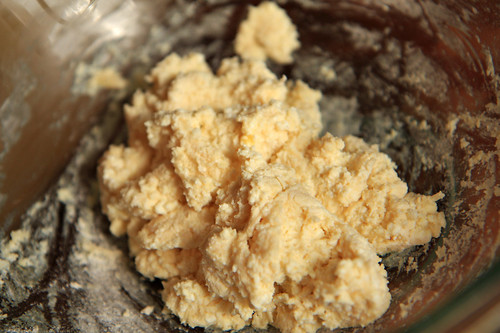 I have never really been a fan of potato dumplings, so I wasn’t eager to try and make gnocchi.  However, the other day I was killing sometime stumbling when I came upon this recipe at Delicious Days, which by the way is a site worth checking out.  She promised that this was easy and quick.  She calls it her 15 min gnocchi.  Aren’t they just the cutest little things.  I picture a small gnome resting his head on these little pillows, but then he might drool on it…..ewww. 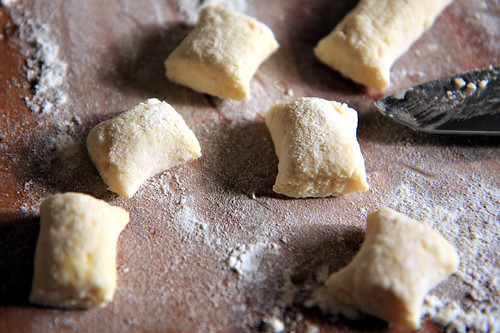 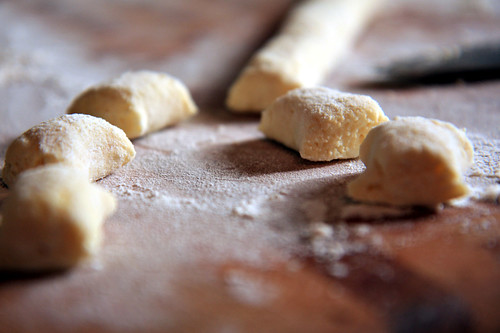 Roll out till finger-thick, cut into pillows

Well she was totally telling the truth.  They are incredibly easy, totally simple-stupid, which is so up my alley.  I think I made the dough, rolled it , cut it and had them in the pot in about 10 minutes, if not less.  You probably spend more time digging up your ingredients if you don’t pull them all out before hand.  I did have to recruit Hubby and his mathematical genius to help me out with conversion issues.   Which makes me realize I really need to invest in a scale. 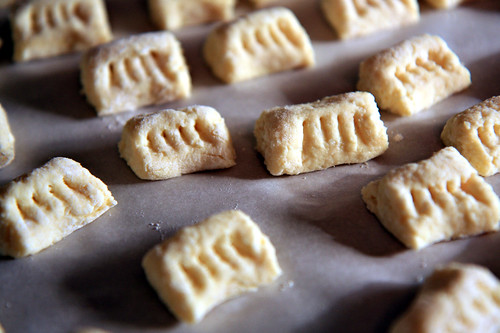 Dimple with fork, lay out on parchment paper

Hubby became very curious about what I was making, since it looked a little foreign to him.  He asked , “What’s are you making, again?” and I said, “Gnocchi.”  The look of confusion and apprehension on his face was priceless.  He pokes around and investigates what it is that I am up too, ie. getting in my way.  I figured  that if he didn’t like it I had some left over fried rice he could eat.   Just as well, more for me. 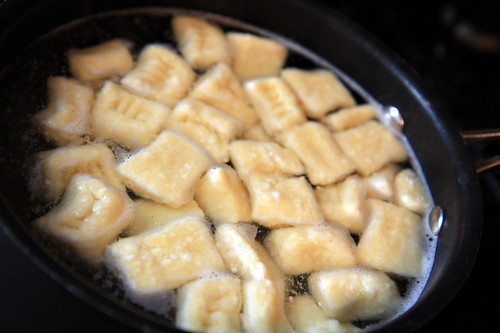 There is an unspoken rule and general requirement that all meals have some form of meat.  If I were to serve Hubby a vegetarian dish, he might just leave me and never return.  Ok that is probably an extreme, but I would definitely get the silent treatment for a good two days.  I have a little box of “meatless” recipes that I save to try when I am home alone.    Have you ever thought about how men say meat?  It is more like Meeeaaat.  They kind of stretch it out….you know?   I gave Hubby the task of frying up some Italian sausage, while I was shooting the sauce that was accompanying this tasty dish. 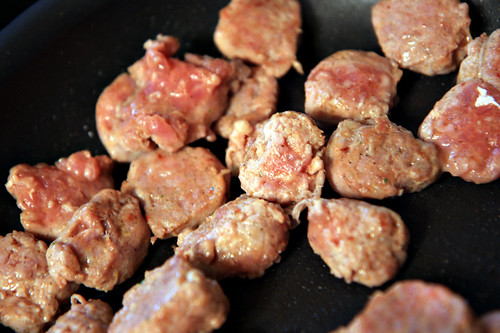 To make the sauce I roasted two red peppers earlier and dropped them into a paper bag for about 10 minutes.   The broiler on my stove is in a bottom drawer.  I made the mistake of opening the drawer, turning around to get the tongs and when I came back a pepper was missing.  I could have sworn I had 8 slices of pepper, but I only saw 7.   Then out of the corner of my eye I spotted him.  BUSTER, stinking dog!  He stole a pepper from the broiler, little stinker!  He was quick to drop it when I spotted him.  I don’t know if it was because I gave him the look of death or if it was because it was still hot.  Either way I was down one pepper slice. 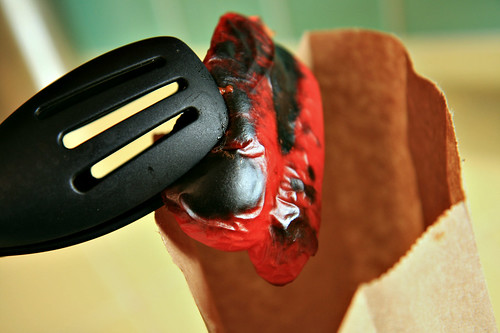 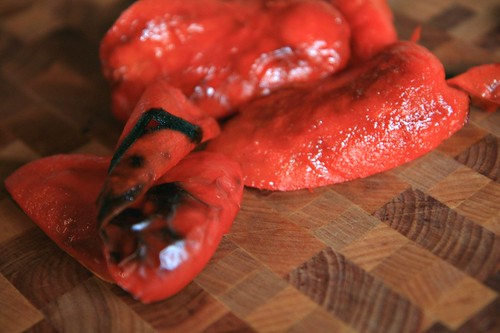 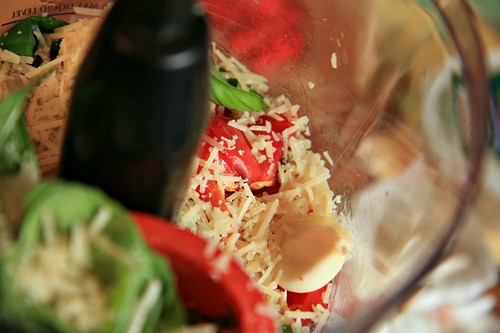 I was very pleased with the sauce, although I think I may have over done it with the garlic.  I made it with 4 cloves, but it was because one of them was really small.  Regardless I would suggest just doing 3 cloves of garlic.  I had some serious fire dragon breath this morning.  Nothing worse then garlic breath the next day. 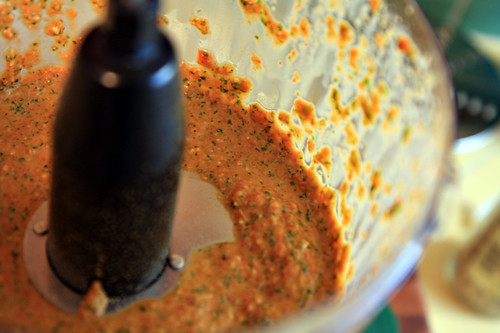 Toss everything together is a large bowl, garnish with basil and Parmesan, serve.  The gnocchi was perfect.  This is an ideal dish to make for company.  It comes together lickty-split and it looks like you slaved in the kitchen.  Tell them you did, it makes them feel more loved.  There is nothing wrong with being a little delusional right? 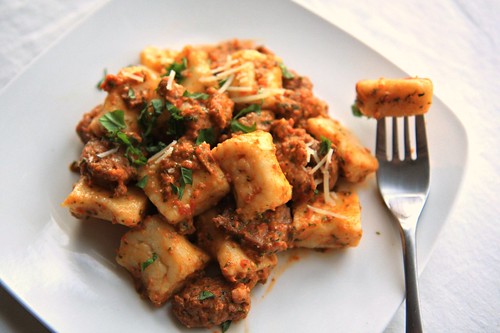 Toss together and serve. Garnish with fresh basil and Parmesan.

All in all the gnocchi was very light and had quite a bit of flavor considering it was basically just flour and ricotta.  The sauce and the gnocchi was a great combo.  Although the sauce was very flavorful it did not over power the gnocchi.  I could still taste it even covered in the sauce.  When I was done with my plate I was satisfied but I wanted to eat more.  Alas, I made just enough for two so there were no left overs.   I wonder how well these would do if I made one huge batch and froze them?

Drain any excess liquid from the ricotta cheese.  Combine ricotta cheese, Parmesan, yolk and salt in a large bowl.  Mix well using a wooden or plastic spoon.  Add the flour and stir until just combined.  Do not over work.  The dough will be very sticky.

Put a pot of water to boil.  Flour you work area generously with flour and your hands.  Divide the dough in half and roll out to till it is about as thick as a finger. Take sharp knife, dip in flour and cut the the rolls into about 1 inch pillows.  Transfer pillows to baking sheet lined with parchment paper.  Repeat with remaining dough, work quickly so that the gnocchi on the baking sheet doesn’t get sticky.

You water should have come to a slow boil by now, add a generous pinch of salt to the water.    Drop your gnocchi into the water and stir to keep them from sticking to the bottom.  The gnocchi will float to the top when done, about 2 to 4 minutes.  Using a slotted spoon or skimmer remove from water and serve immediately with your choice of sauce*.

*Make sauce ahead of time so it is ready to serve when gnocchi is ready.

In a food processor, blend together basil leaves, peppers, nuts, garlic, and cheese. Pour in oil slowly while still mixing. Stir in salt and pepper to taste.