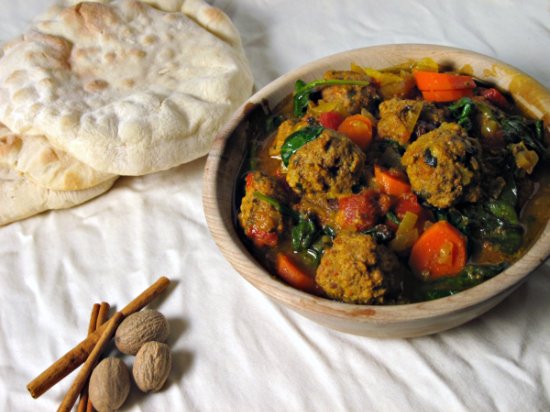 It has been so long….I feel as though it has been an eternity since I last posted.  I am still waiting word from Canon about what exactly is wrong with my camera and when will I be getting it back.   But I must forage on and I got my hands on a decent small point and shoot.  It is nothing like my camera but it will have to do for now.

Yesterday I had, what I guess you would call…. cooker’s block?  I had no clue what to make for dinner so I started to thumb through the flagged pages of my Bon Appetit issues.  I came upon this recipe and realized that I had everything I needed to make it. What are the odds of that?  Moroccan meatballs and some homemade pita bread sounded good to me. 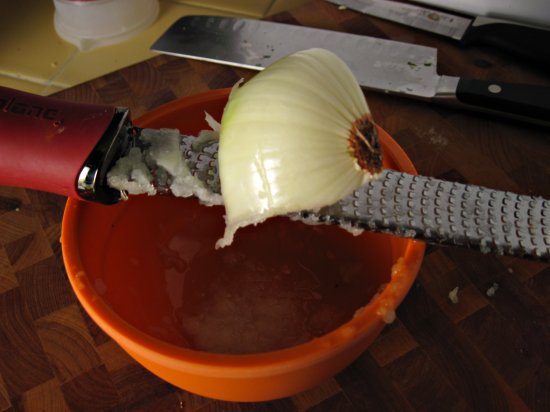 Be prepared to cry when making this….not because of it’s beauty and deliciousness although you may cry for that reason….but because you will be chopping 3 1/2 cups of onions and grating 1/3 cup of onions.  At one point I thought my eyes were melting, but of course it was just me being dramatic again…my eyes were fine. 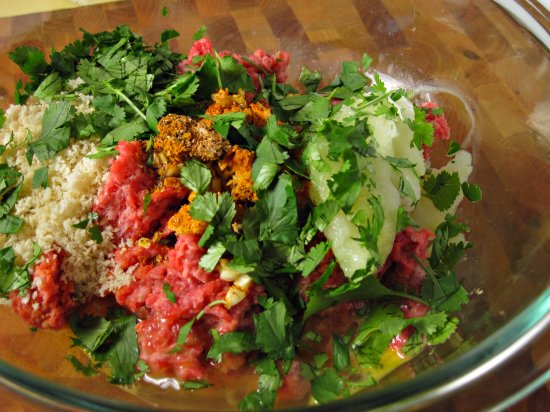 If you look closely at the ingredient list almost all items are things that you would already have in your pantry.  Who would think that you could possibly have a Moroccan dish hanging out in your pantry?  Your pantry is probably more international then you would imagine with the additions of a few items here and there. 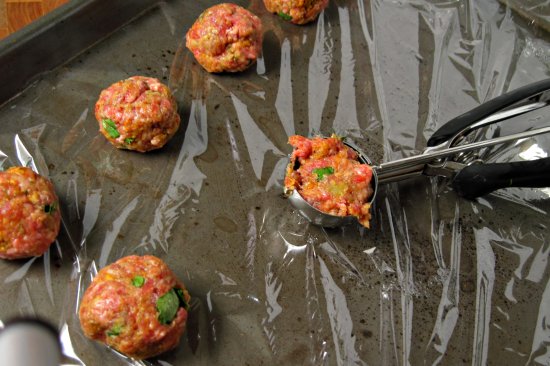 You may also want to consider wearing gloves when forming your meatballs.  The saffron and tumeric give you hands and nails a yellow ting giving you a nice authentic jaundice yellow look.  It’s really not cute and a pain to get off.  I am a wee bit embaressed walking around with my jaundice fingernails. 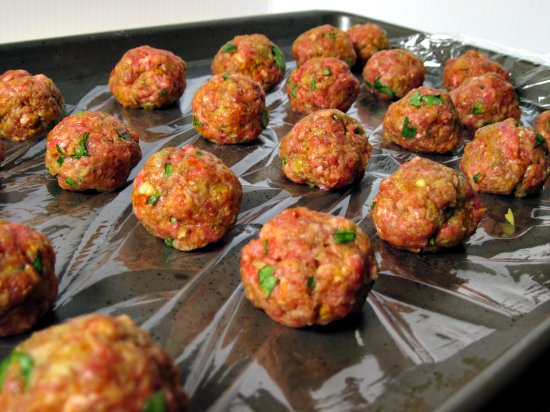 I had never had Moroccan food before and really did not know exactly what to expect, but these meatballs were tender and flavorful.   The seasoning is warm, cozy and perfectly hearty for the cold winter weather.  The tummy was declared full and satisfied. 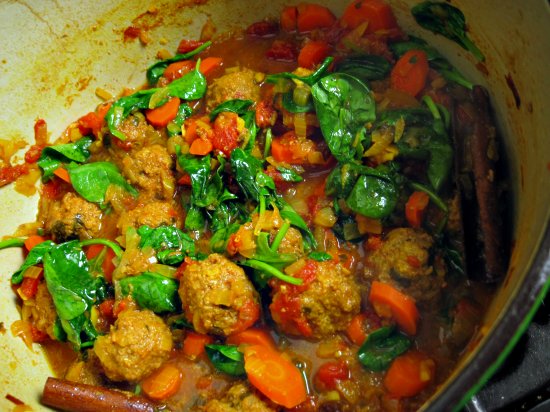 The original recipe had 1/2 tsp of cayenne pepper but I cut it down to a 1/4 tsp.  It was warm without being spicy, I thought it was perfect.  It also suggested serving the meatballs with a lemon couscous but Obed and I are not fans of couscous so I made some pita bread instead.  I will share that recipe with you later.  🙂  I had to make two other adjustments because I was missing a few things.  I was out of ground ginger so I grated some fresh ginger instead and I substituted the saffron for half a packet of sazon con achiote.

It worked out perfectly.  We loved it and I may just have to try some more Moroccan food in the future.

Preheat oven to 350°F. Bring stew to simmer. Stir in carrots. Carefully add meatballs to stew; gently press into liquid to submerge. Sprinkle 1/4 cup cilantro over. Cover pot; place in oven. Bake until meatballs are cooked through and carrots are tender, about 35 minutes. Sprinkle spinach over stew. Cover and bake until spinach wilts, about 5 minutes longer. Gently stir to mix in spinach, being careful not to break meatballs. Remove cinnamon sticks. Season tagine with salt and pepper. Spoon couscous into bowls; top with tagine. Garnish with cilantro and lemons.