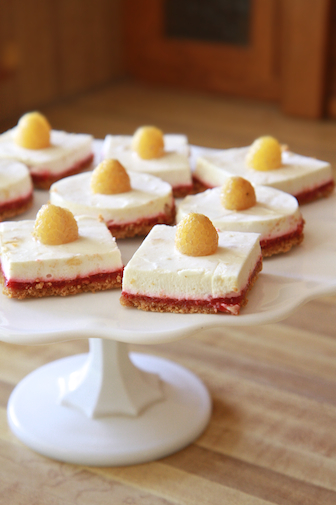 Saturday at the farmers market I pick up a few pints of raspberries.  OB was all like, “What are you getting those for?”

He’s like, “They are just going to go bad like they always do, that’s too many raspberries for just the two of us.”

I was totally like, “What’evs dude, I’ll make something with them.”

He says, “Yeah right….mold is what you’ll make with them.”

For the record he was totally wrong….like totally!

Ok he wasn’t totally wrong, there may have been a berry or two with mold on it, but I made something with them before they all turned.  But don’t tell him that, as far as he is concerned he was totally wrong.  Let’s keep it that way. *wink,wink*

While at the store I came across these cookies and noticed they were gluten-free.  Thinking to myself that I need to expand my gluten-free dessert repertoire I decided that they would make a great crust for whatever future dessert I made with the raspberries. 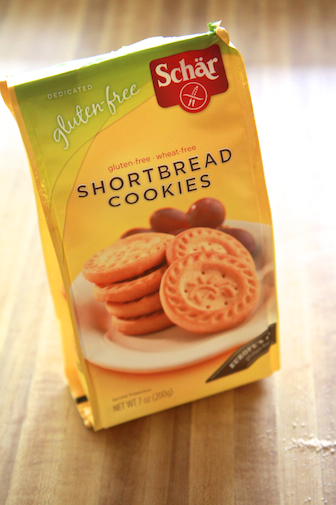 While thumbing through some old editions of the canceled but not forgotten Gourmet Magazine, I came across a lovely recipe for a Ginger-Cream Tart with Raspberries.  I thought this would be perfect to translate into lovely layered bars.  This recipe takes time but it is surprisingly easy.  The challenge is being patient.

Preheat the oven to 350 degrees.

I put 1/4 cup of sugar and a whole bag of cookies into the food processor, which gave me just over 2 cups of crumbs. 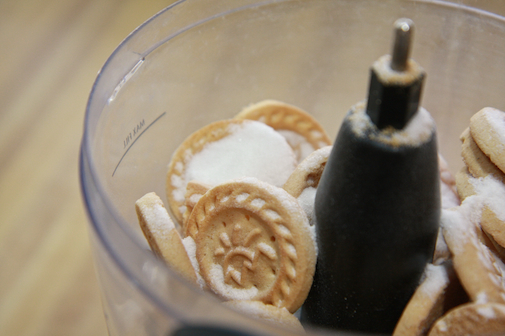 Once the cookies were finely ground add 3 tablespoons of chilled butter, cut in pieces. 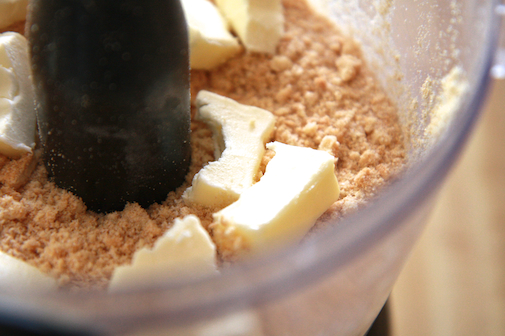 Run the processor until the crumbs begin to climb up the sides. 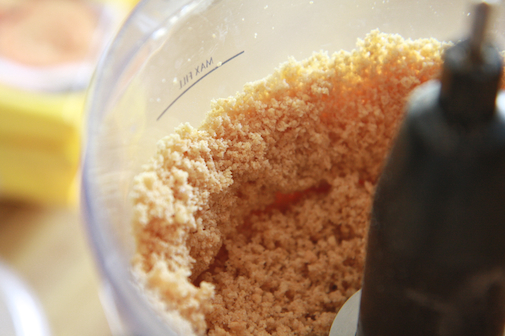 Line a 12 x 9 pan with aluminum foil, leaving some of the foil hanging over on the sides.  Pour the crumbs into the pan and press them down, evenly covering the bottom of the pan.  Try not to let the crumbs climb up the sides of the pan.  Bake in middle of oven 15 minutes, then cool in pan on a rack. 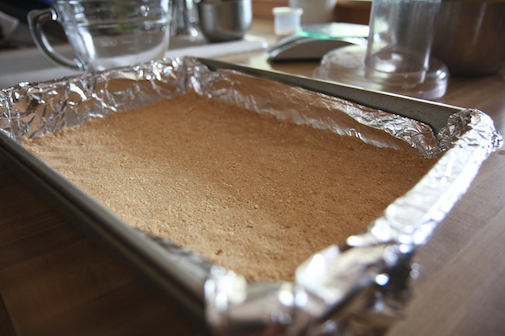 While the crust is baking in the oven stir together 1/4 cup sugar and cornstarch in a saucepan. Add raspberries and toss. Be sure to pick out any berries that show signs of mold. *ha-ha* 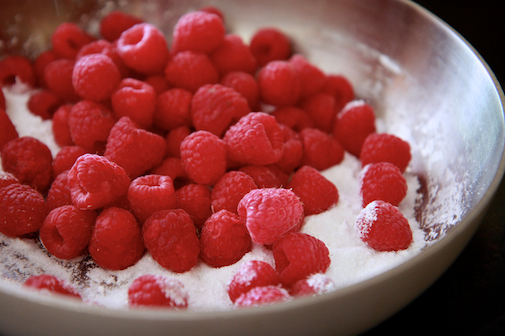 Add 1 tbs of honey and stir over medium heat. 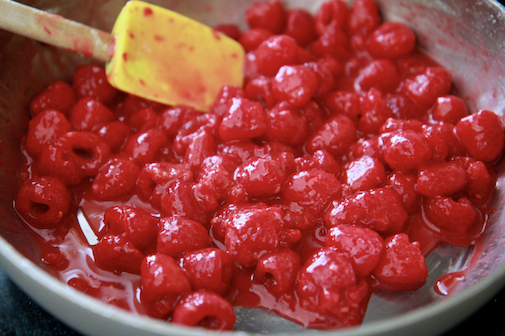 Continue to stir until the berries break up and the sauce becomes glossy and thickens. 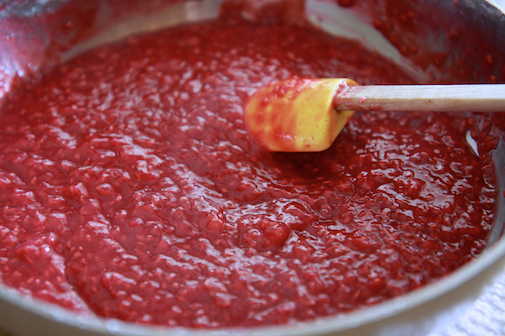 Press the raspberry mixture through a fine mesh strainer to remove the seeds.   This takes a little time and patience and it’s optional, but I like to keep the raspberry seeds out of my teeth. 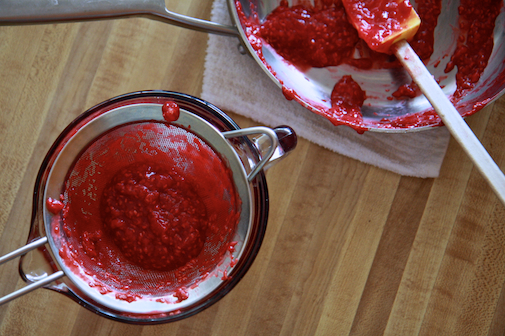 When the crust is baked and cooled, spread the raspberry mixture in an even layer over the crust. 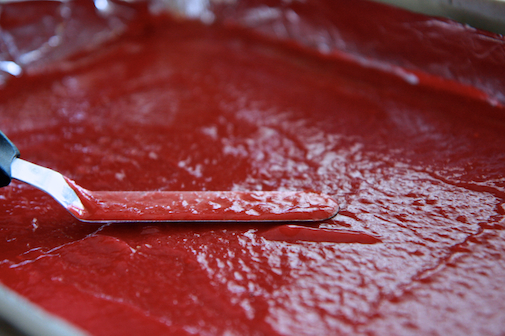 Now time for the delicious ginger cream layer.   Sprinkle gelatin over 2 tbs of milk in a small bowl, let it stand for 1 minute for the gelatin to soften. 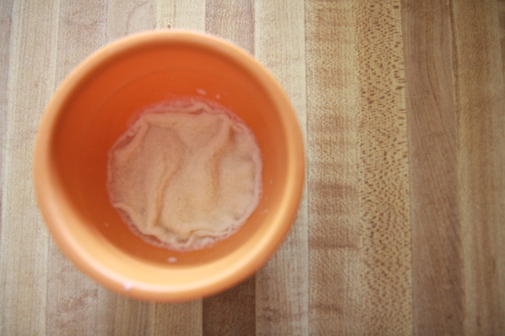 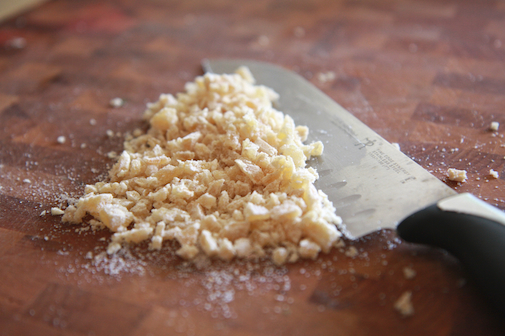 Remember I said time and patience. It’s challenging I know.  Go check the sofa cushions for chain or better yet your husband’s dirty jean’s pockets for cash. 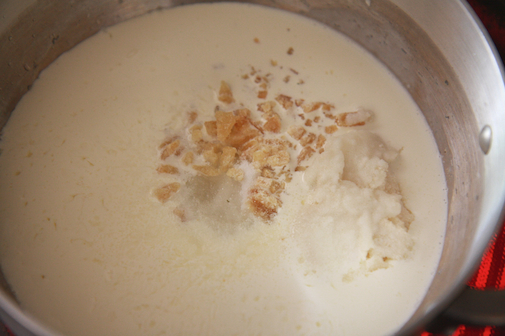 Beat remaining cup of heavy cream in another bowl with an electric mixer until it holds firm peaks. 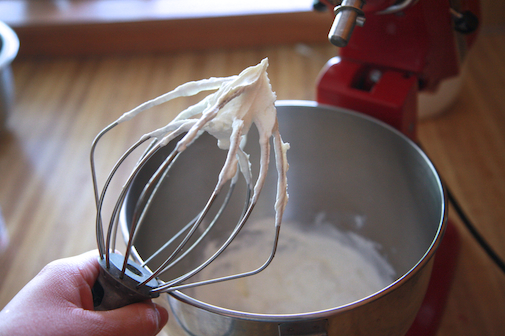 Whisk a 3/4 cup of sour cream until smooth, fold into whipped cream. 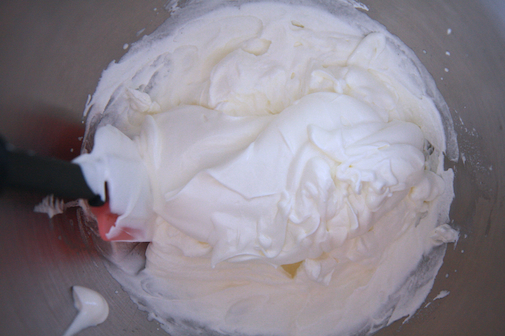 Remember that ginger cream sitting on the stove top cooling.   Gently fold that into the whipped cream mixture.  Be gentil you don’t want to lose the fluff. 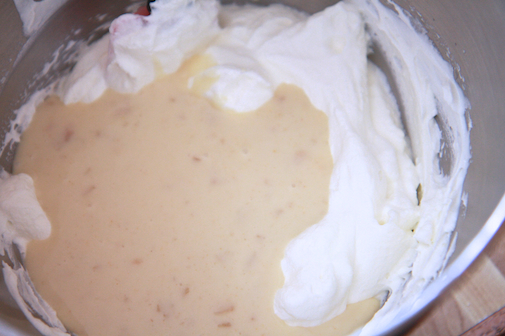 Pour ginger cream into the pan over the raspberry layer.  Lick the bowl….this is crucial. 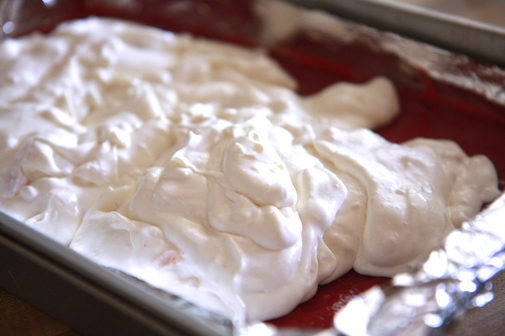 Pour into crust over raspberry layer, spread evenly with an of-set spatula and chill until set, at least 8 hours.  Oh, and lick the spatula, this is also essential! 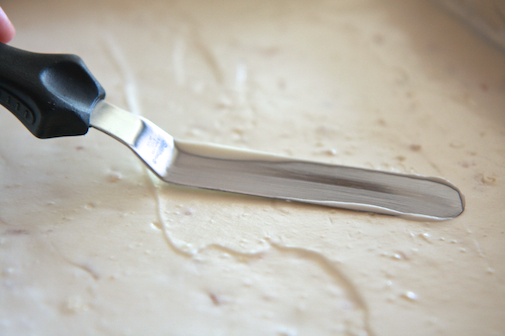 After a solid 8 hours of sleep and wistful dreams of fluffy ginger cream and raspberry bars, gently lift the bars out of the pan using the foil.  P 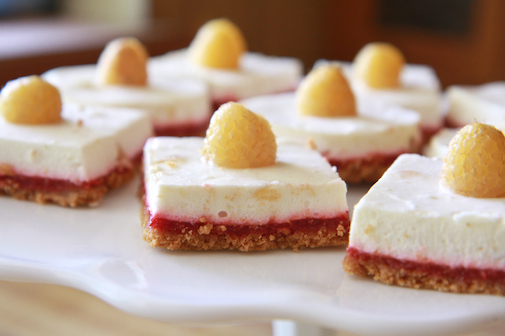 Peel the foil down and slice into even squares, top with fresh raspberries.  Place the squares into a dessert carry thing-a-majig, take to the office and become the office hero.  Co-workers will cheer for you, the boss with give you a promotion and you will get the corner office.

I’ll take any monetary form of thanks you think is fair.

Blend ground shortbread, sugar, and butter in a food processor until mixture begins to clump together. Press onto bottom of a 12 x 9 pan lined with foil. Bake in middle of oven 15 minutes, then cool in pan on a rack.

Sprinkle gelatin over milk in a small bowl and let stand 1 minute to soften. Transfer to a saucepan and cook with gingers, sugar, lemon juice, salt, and 1 cup heavy cream over medium heat, stirring, until sugar and gelatin dissolve. Cool to room temperature, for about 1 hour.

Whisk sour cream in a large bowl until smooth. Beat remaining cup of heavy cream in another bowl with an electric mixer until it holds firm peaks and fold into sour cream. Gently fold ginger milk into whipped cream until well combined. Pour into crust over raspberry layer, spread evenly with an of-set spatula and chill until set, at least 8 hours.

Using the foil lift bars out of the pan and slice into squares, garnish with fresh raspberries.