Do you ever lay awake starting at the ceiling thinking of chicken, onions, and olives?

Well I have.  I have tossed and turned in my bed developing a recipe.  Thinking about how I am going to plate and style the food.  That is when I started to keep a notepad by my bed and one in my purse.  It was necessary for my sanity and my sleep.  After all, sleep seems to be the only beauty regimen that I manage to keep up — it’s easy when it’s your favorite.

One evening while I was lying in bed, I thought to myself, if I was to make fried chicken wings to sell on the street in Puerto Rico how would I make them?  I noodled on multiple ideas, sweet and savory.  Then I remembered a dish my family and I would buy at roadside kiosks, pollo en escabeche. 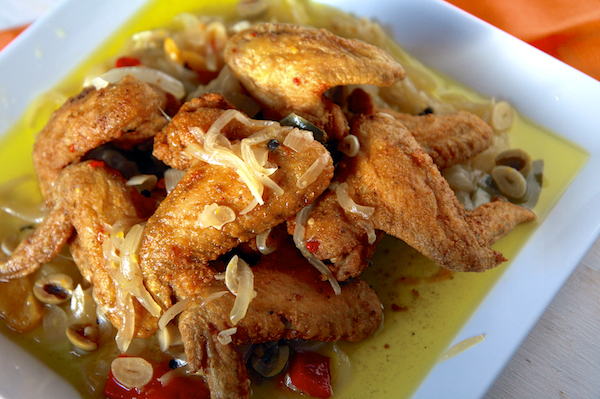 On Sunday afternoons, my parents, sister, and I would drive around the island taking in the scenery and getting lost in the back country roads, or as my mother would say, “We’re not lost, we just don’t know where we are. Besides, you can’t get lost on an island.”  Which, if you really think about it, is kind of true.   Eventually our tummies would grumble with hunger and we would pull over at the next roadside kiosk.  I remember some of my favorite dishes where in escabeche.

Escabeche is traditionally an acidic marinade or sauce of olive oil, vinegar, onions, and varying spices used mostly with chicken and fish.  In Puerto Rico you will also find yucca and green bananas in escabeche.  Escabeche dishes traditionally marinate overnight and are served cold.  I thought that it would be super tasty over fried chicken wings.  It’s like the Puerto Rican version of chicken wings.  Maybe I should hit up Buffalo Wild Wings and see if they are interested in a new kind of chicken wing?

My idea was to prepare the chicken wings chicharron style and toss them in the escabeche.

In a sauce pan over medium-high heat, combine 2 large onions julienned, 8 olives halved, 2 bay leaves, 8 cloves of garlic thinly sliced, 2 cup of olive oil and 1 cup of white vinegar.  Bring it to a boil, turn heat down to a simmer, cook until onions are translucent, stirring occasionally, about 10 minutes. 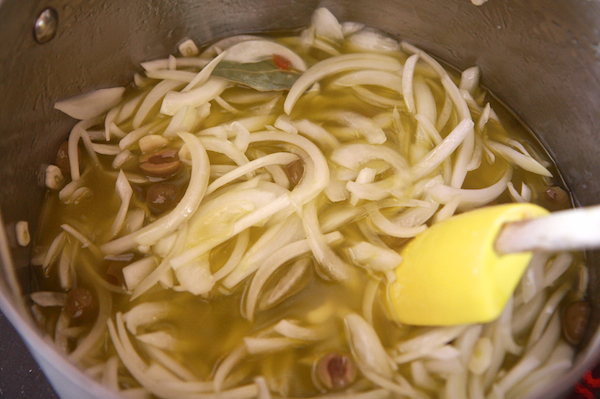 Once the sauce is done, remove from heat and add 1/4 cup of chopped jarred roasted peppers.  Stir until well-combined and set aside to cool. (This can be done a day ahead of time.  Cover in air tight container and leave out at room temperature.) 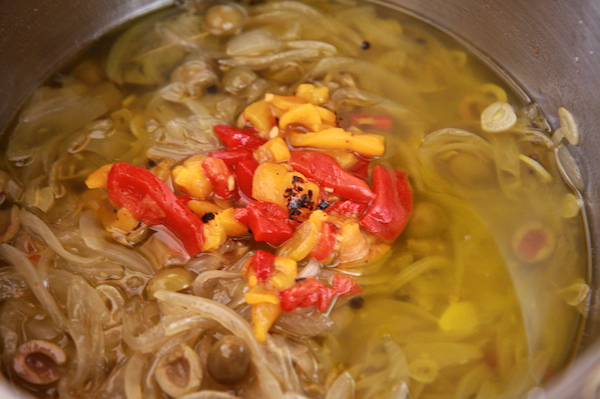 While the sauce is cooling, you can prepare heat the oil and prepare the chicken wings.

Fill a large pot with enough oil to cover the chicken wings.  Bring the oil up to 400 degrees. 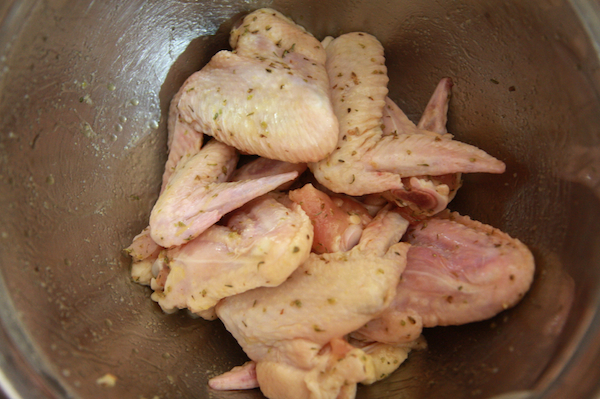 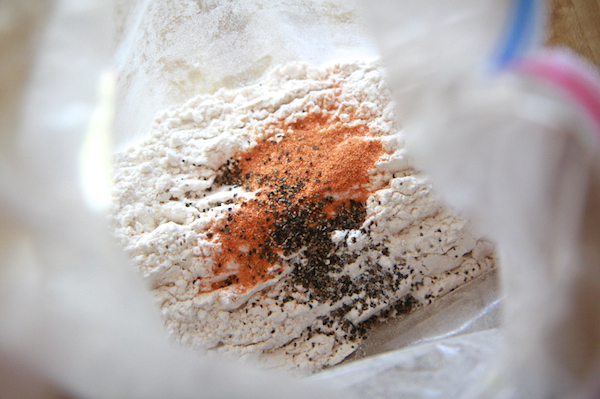 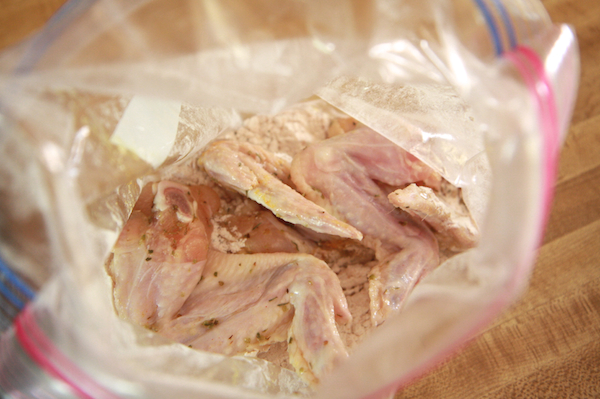 By now, the oil should have reached 400 degrees.  Gently drop the chicken wings into the oil, cover, and fry for 3 minutes.  This blanches the wings. 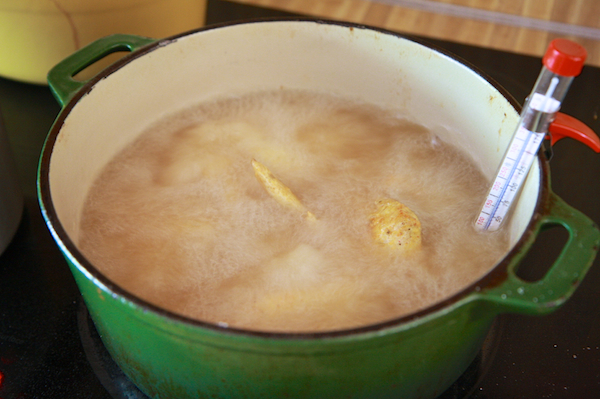 Remove the wings from the oil and set aside on a paper towel lined plate.

Lower the heat of the oil down to 300 degrees.  Return the wings to the oil, cover, and fry for 10 minutes. 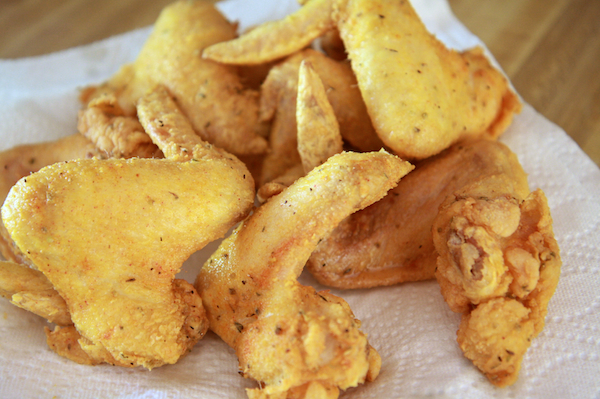 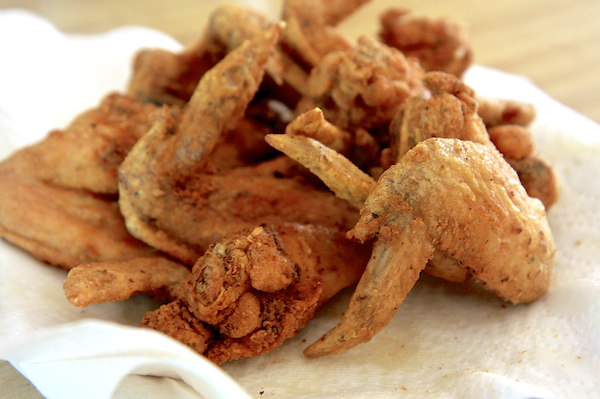 Toss the wings in a large bowl with the cooled sauce.  Pour out onto a platter and serve.

I know that this frying process seems tedious and you may be thinking, “Aren’t you overcooking the wings?”  But I promise you that these wings will be perfectly crunchy on the outside and tender on the inside.  Make sure that you have a plethora of paper towels or napkins with you because these babies are messy. 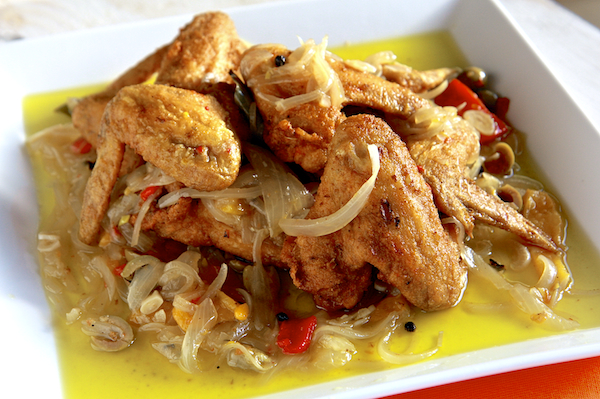 I served these for dinner to OB and he was surprisingly quiet during dinner, except for the grunting and Mmmmm’ing. You’ll want to serve these right away so ultimate crispness can be enjoyed.

My favorite part about escabeche is the surprising contrast of sweet and acid.  At its core it’s a pickling sauce, but the addition of the onions gives it an underlying sweetness.  I promise you will not be disappointed.  I just don’t recommend this dish if you plan on wearing your favorite dress — ratty t-shirts would be more appropriate or a gargantuan bib.