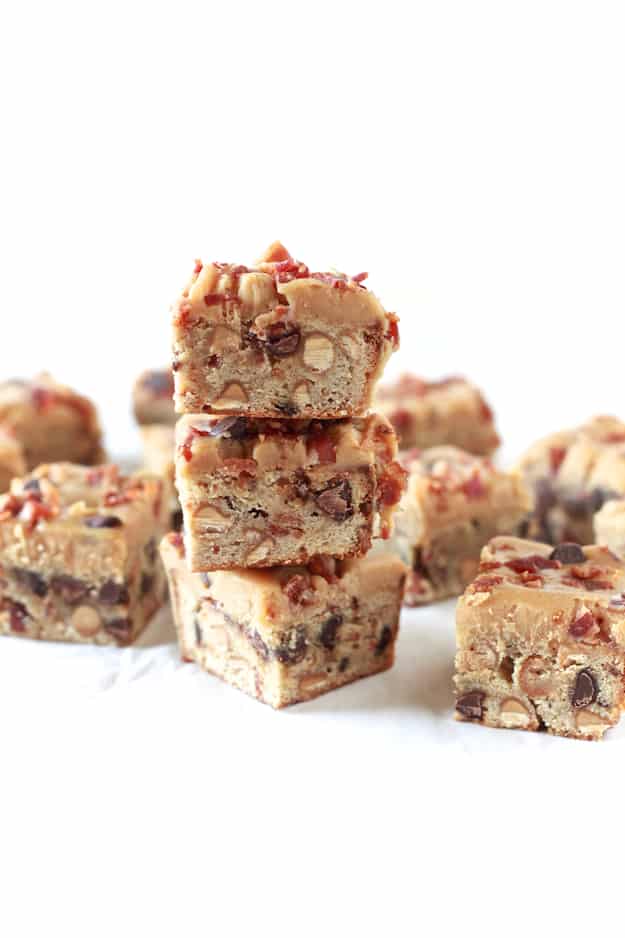 As of late I have been obsessed with the combination of peanut butter and chocolate. Like, completely obsessed! 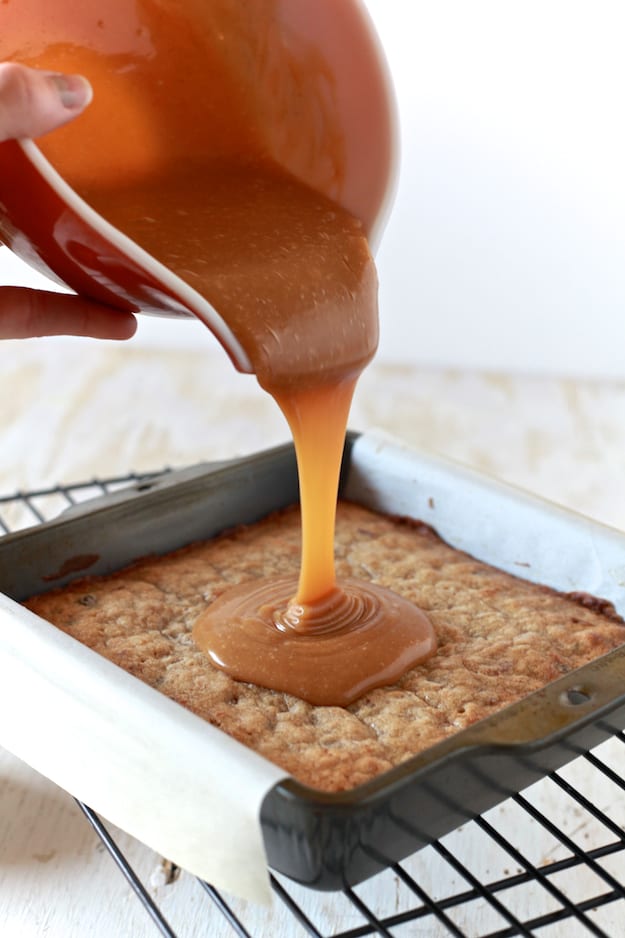 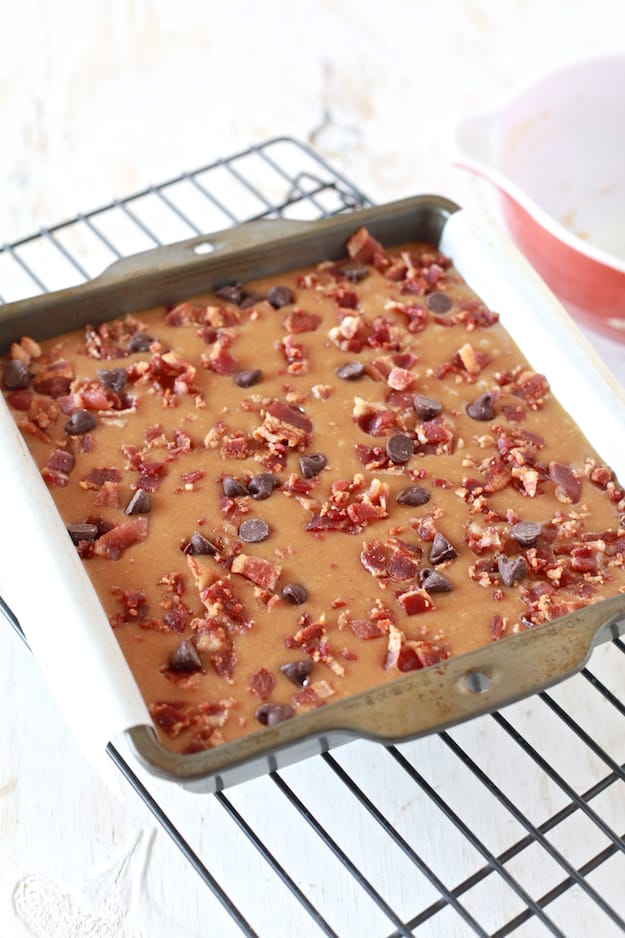 That’s when I thought to myself, “How awesome would it be to make peanut butter, banana, bacon and chocolate blondies!” At 11 pm, I inventoried my pantry for ingredients and got to baking.  What can I say? I am all about instant gratification. 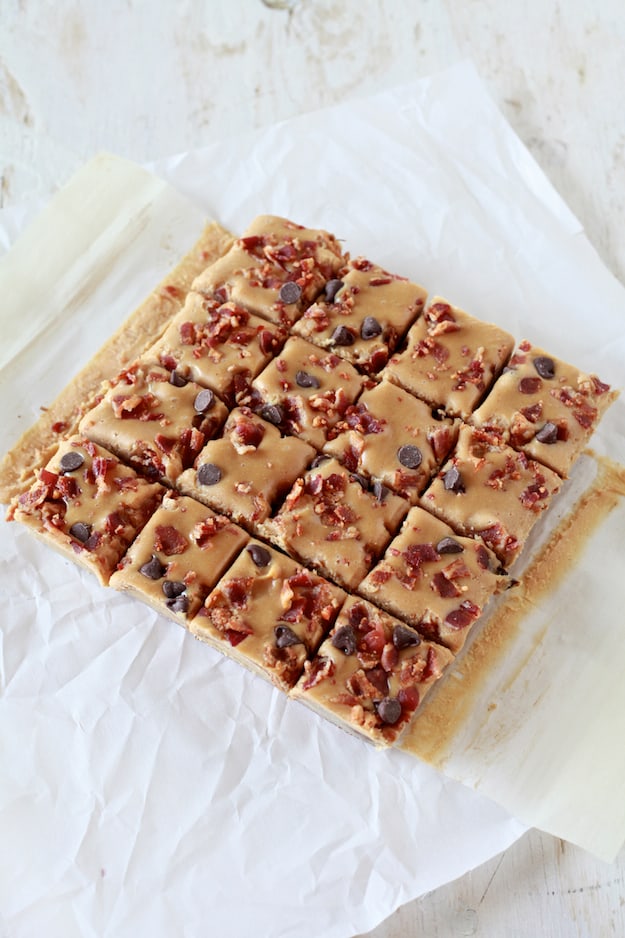 These little square are chock full of surprises and fit for The King! With every bite, you get the ultimate combination of banana, peanut butter, bacon, and chocolate.  They are so good you will be dancing in your white jeweled jumper and blue suede shoes!

I have never been a big fan of blondies. I always thought of them as brownies’ second rate cousin, but these blondies could kick brownies butt!  I mean they are draped in peanut butter ganache and filled with bacon! How can a simple chocolate brownie compete with bacon?!

Thank you all again for being so awesome! If it weren’t for you, I would just be a crazy lady talking to myself. I luv ya all!!