Do you know Buster?  My terror….um I mean terrier.

He is the little scruffy dog that makes frequent appearances on my Instagram feed.

Anyways, over the past two weeks he has developed a bit of a fixation.

Every morning he wakes up and runs straight to the back door.  Which isn’t unusual because that is what we have done every morning for the last 6 years of his life. 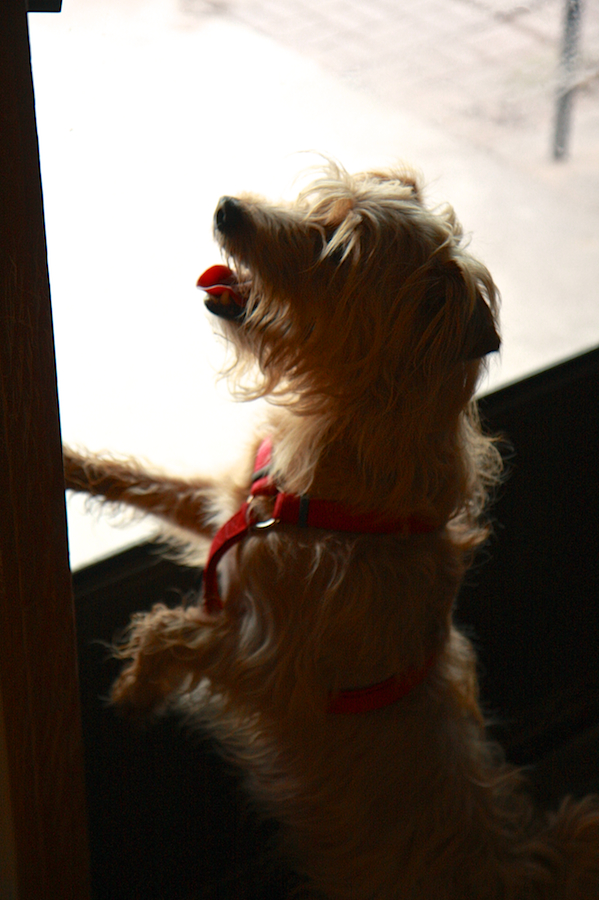 But now when I let him out he goes straight to the corner of the back patio and sticks his nose to the ground. 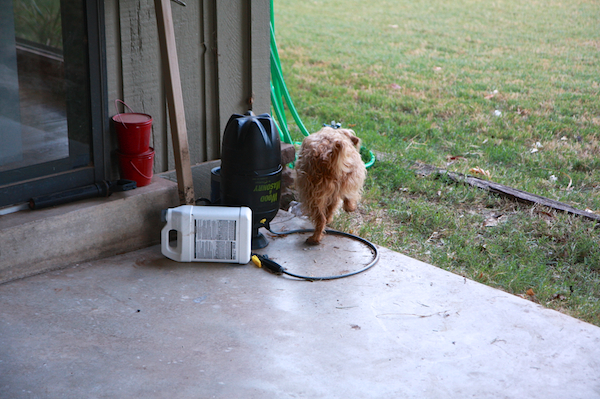 He sticks his butt straight in the air, sniffs, whines and paws at the corner. 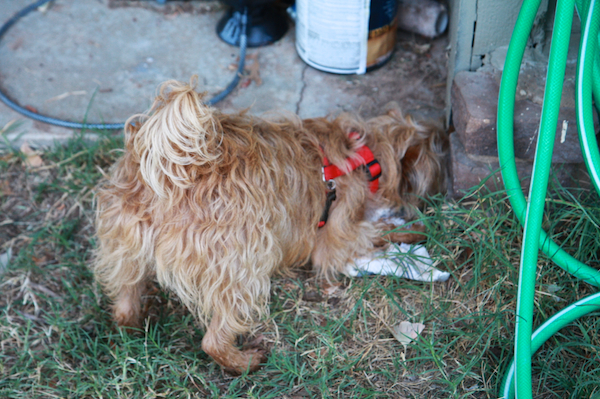 He continues to sniff around the corner. 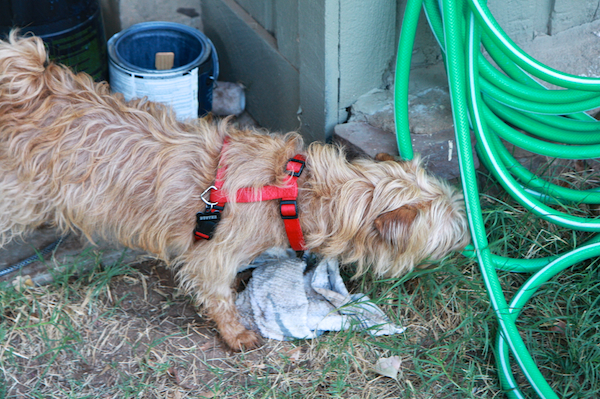 He sniffs down the side of the house. 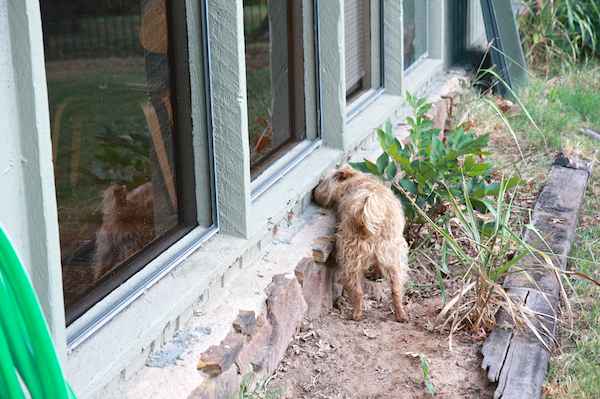 Sometimes he will scratch and bite at the windows ledge, as you can see by the tiny little holes left behind.  Booger… 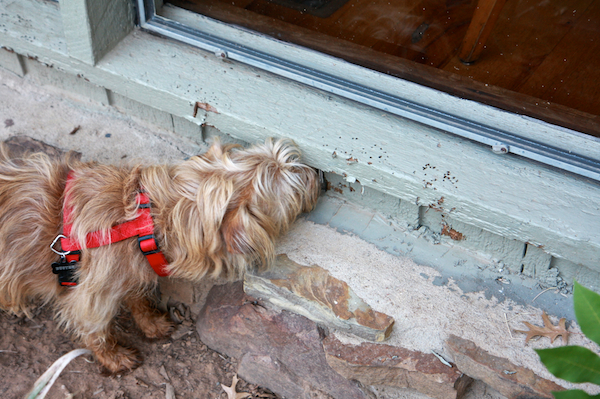 He continues down the side of the house and perches up on the ledge of the stone trim and sniffs some more. 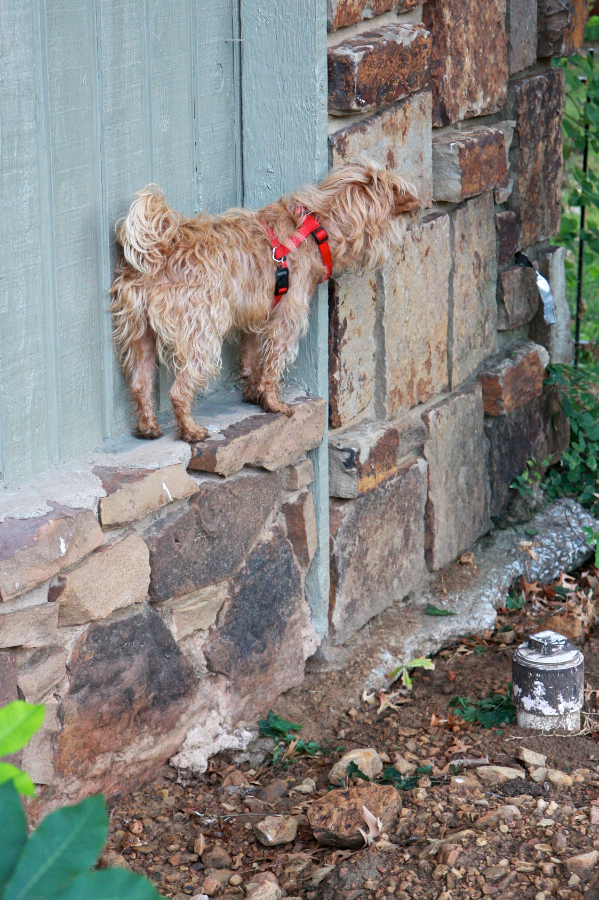 He then gets up on his hind legs and sniffs up the wall. 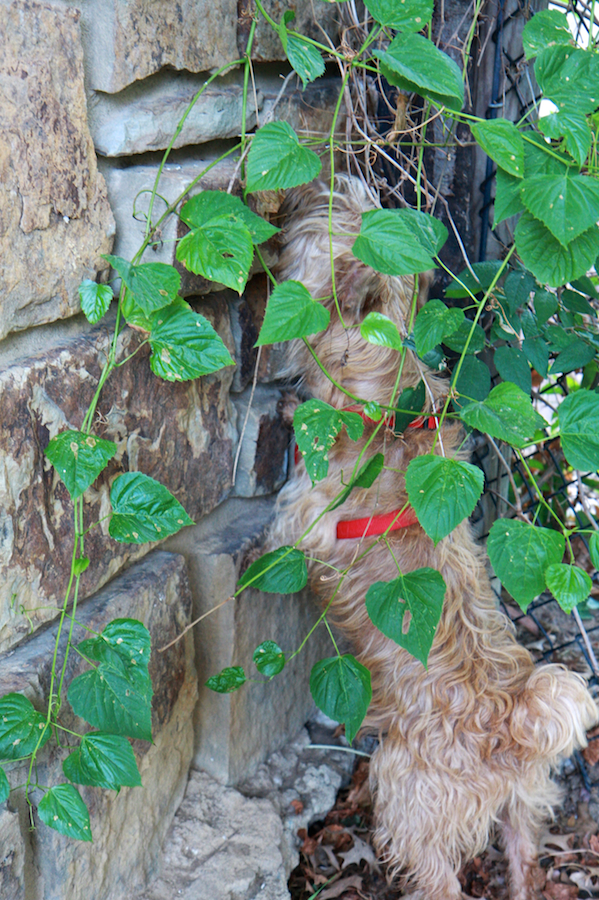 He then makes his way back and starts the sniffing all over again.  He sits outside for hours at a time now sniffing and staring at the wall. 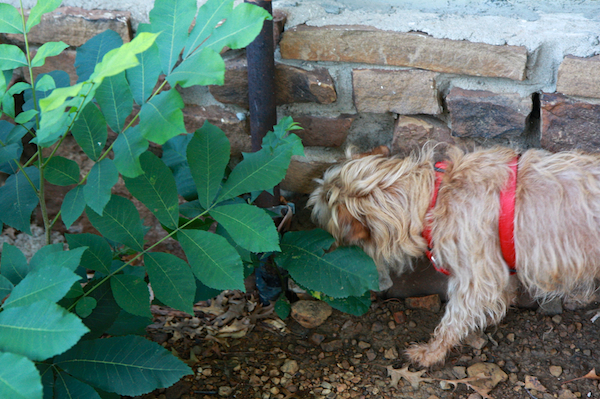 When I let him in the house he goes to that same area of the house and repeats the same ritual. 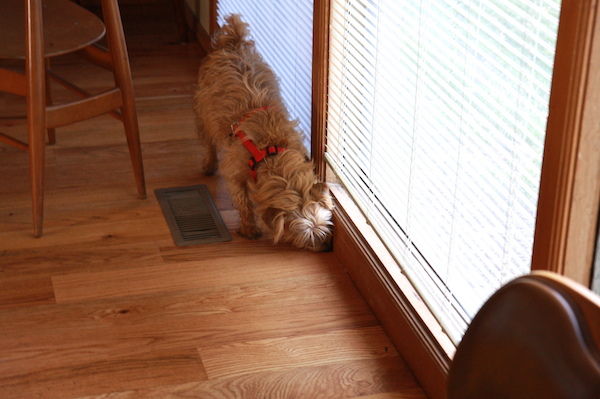 It’s a very curious and bizarre ritual.  One that he has committed to for close to two weeks. 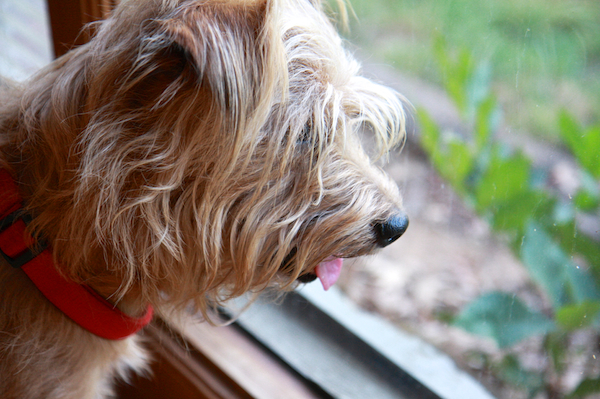 It’s obvious that something has his attention and he is determined to find it.  It is in his DNA after all.

A small dog of a breed originally used for turning out foxes and other burrowing animals from their lairs.

I am thinking it’s time to call the landlord and get some pest control out here.

Is it a mouse, a rabbit, a mole, termites?  Some mutant subterranean alien living under my house? It could be anything but I am worried my poor dog is going to have an anxiety attack if we don’t find out soon.

Any of you ever had a dog do something like this?