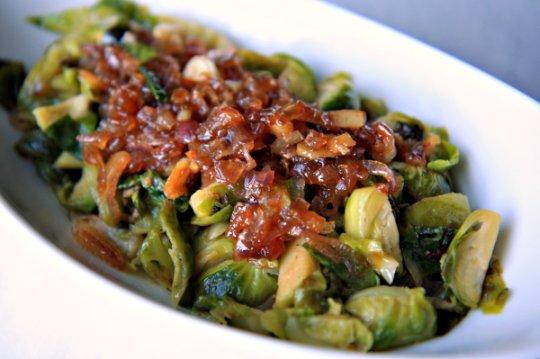 Ok here we are, one more vegetable experimentation while Obed was out of town.  I wasn’t kidding when I said I was going to go on a vegetable binge while he was gone, was I?  I was going through some of my old issues of Bon Appetit, looking at recipes I had flagged.  I was looking for something interesting that I knew would be a hard sell to Obed.   This brussels sprouts recipe looked like a good one.  Growing up in a Puerto Rican home I have never eaten brussels sprouts or to be honest seen them in person.  brussels sprouts aren’t usually accompanied with the words yummy or delicious.  I usually hear “ewww” or “I hate them”.  However this recipe intrigued me and I thought I would cut the brussels sprouts some slack and give them a try. 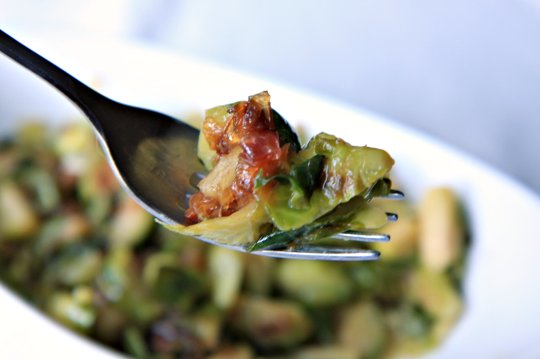 First let me say that this is so quick and easy to make it is almost ridiculous.  Second, you can never again say you hate brussels sprouts.  These brussels sprouts were fantastic!  They were tender, buttery and full of flavor, not at all what I expected from a mini cabbage.   The shallots were off-the-hook….yes people, off-the-hook!  You will probably see those shallots reappear in another recipe.  I could have eaten them straight-up. They were sweet and tangy and they had just a bit of crispiness from the sugar.

I ate this with just some toasted whole wheat bread.  I will never say stand for anyone saying “I hate Brussels sprouts” again.