Day two of our trip we wanted to explore Austin a little.  After grabbing some breakfast in the lobby we headed over to the Austin Zoo.  I have been to a few zoos but this little zoo has to be one of my favorites.  It’s not a city zoo it’s a non-profit animal rescue and sanctuary.  It’s small, well cared for and intimate.  All the proceeds raised go toward caring for the animals and maintaining the grounds.

We went early in the day and the attendant recommended that we go straight to the cats because they are most active in the morning.  Boy were they active.  When we came up on the pens there was an orchestra of roars and shortly after this fella came out, pacing back and forth along the fence.  I had never been this close to a large cat, it was amazing and a little scary. 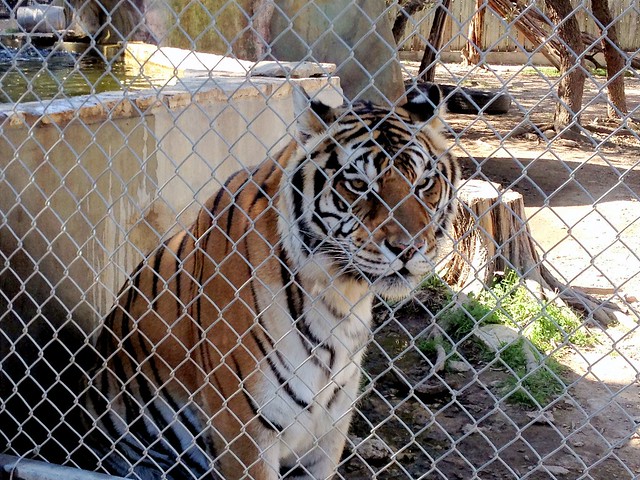 Around the corner this fella was catching some rays.  Here kitty, kitty. Actually no “Here, kitty, kitty”.  Stay cat, stay…good kitty.   To think that this little kitten was in someones home.  Crazy! 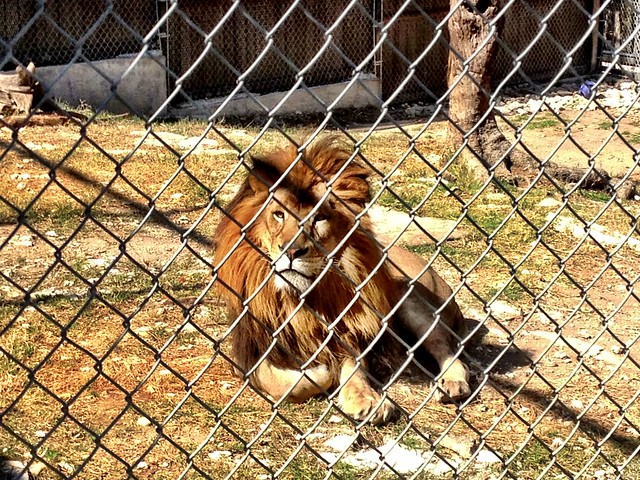 They had less intimidating animals, like this sweet bird. He danced if you sang him a little tune. 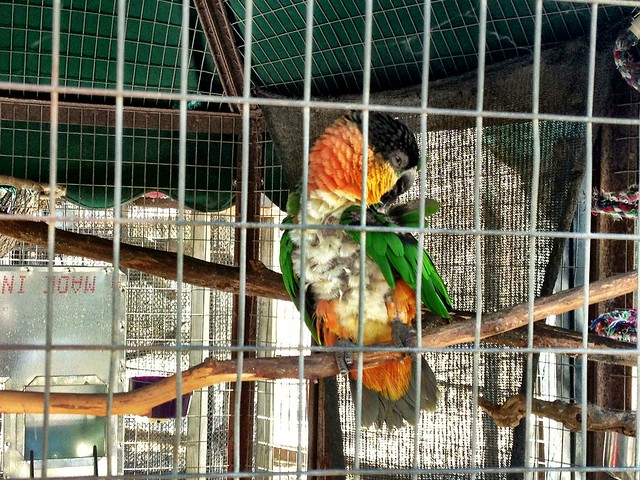 We also each had a little bag of feed for the petting zoo.  Kuzco here was eager to get some of my pellets.  He even gave me a little smile. 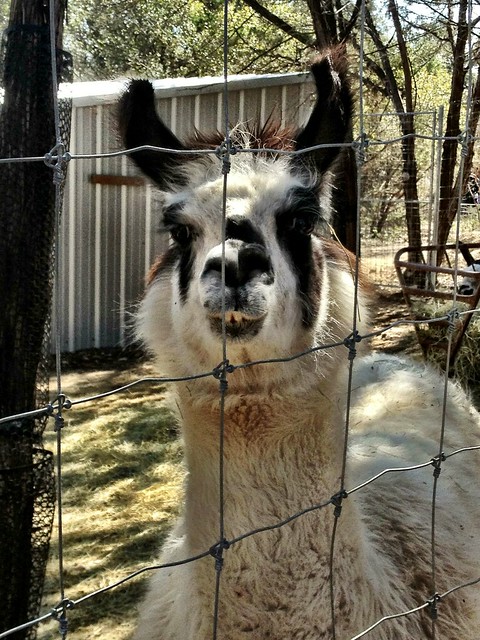 This his buddy Billy tried to hop the fence and snag the bag right out of my hand.  Seriously no joke, he reached over and tried to grab my bag.  Sneaky little sucker. 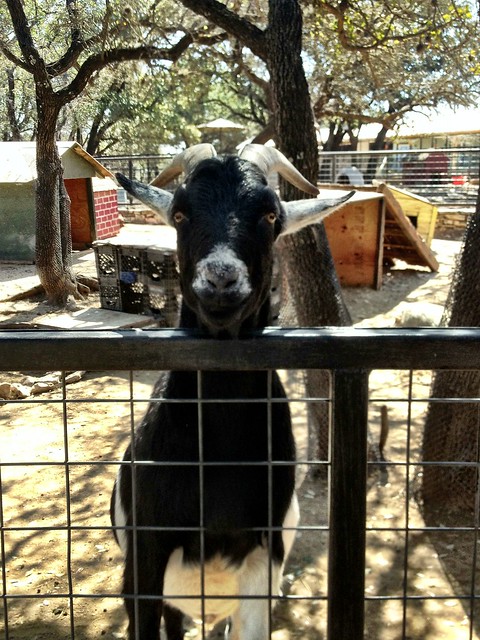 We also ran into Babe.  He had put on some weight.

Can you say awkward?

If you are ever in Austin I recommend you check out this charming little zoo and give Kuzco, Billy and Babe a visit. 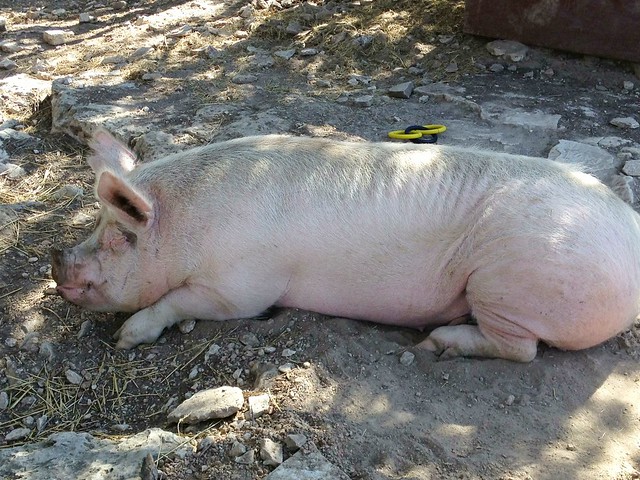 By the time we finished at the zoo it was lunch time.  Obed said he wanted BBQ so I searched online and found The Salt Lick.   It was a little out of our way but who cares we were on vacation.

When we pulled into this place I though there was some special event going on.  It was packed to the gills and there were people everywhere.     We you walk up there is a table that said “Check in Here”.  You check in with the hostess and she give you one of those beepers for the building on the right or left.  The wait was at least an hour so we took the second option.  Behind us was a stand that said “Carry Out”.  Here you can order your food to go and sit on any out the picnic tables outside.  It was a beautiful day and there was close to no wait so we chose to do carry out.

The whole place feels like a huge BBQ festival.  There was a little wood stage with a guy playing live music, a lemonade stand, popcorn machine and on the other end was a vineyard were you can do wine tasting or even buy s 6 pack of beer.  It was crazy awesome. We hadn’t even gotten to the food yet. 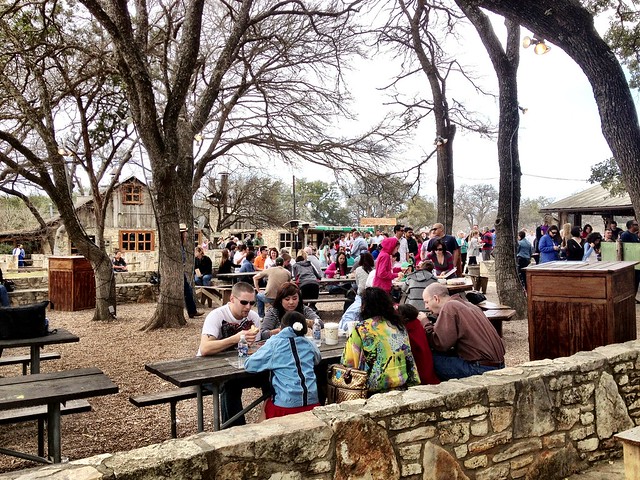 I staked out a table while Obed waited for our food. Finally he arrived with our grub and just in time because I was starving.  Obed got an order of ribs and sausage with potato salad and beans. 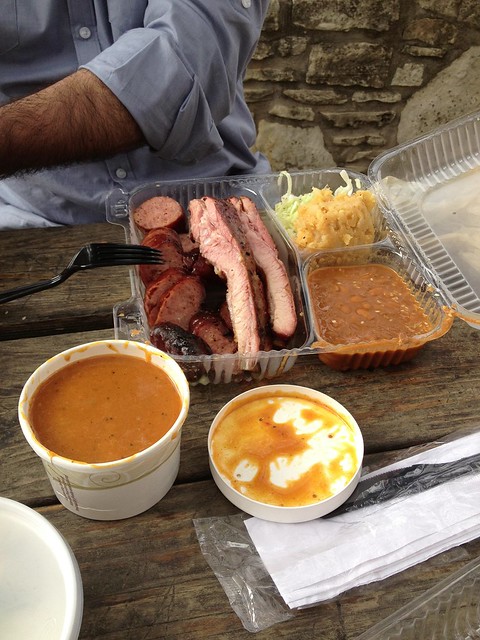 I got a pulled pork sandwich with potato salad and beans.

The BBQ was stellar.  The sauce…the sauce….was amazing. It was a tangy BBQ mustard sauce with Habanero pepper.  Sweet, tangy, spicy and delicious.  I wanted it over everything.  The potato salad was a combination of mashed and chunky potatoes and I would bet money that they stir in some of their amazing BBQ sauce.  The only thing that was underwhelming on the plate were the beans, they were in desperate need for more seasoning.

My recommendation try everything but skip the beans. 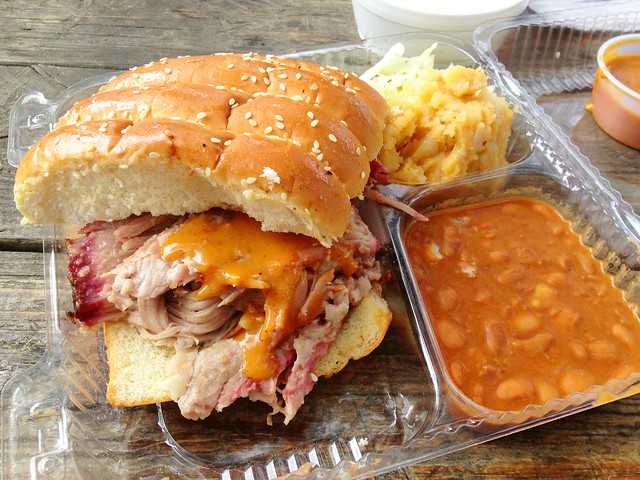 It was such a beautiful day we didn’t want to go to the hotel yet so we went for a game of miniature golf.   Phil here guards the course.  He is real nice if you rub his belly. 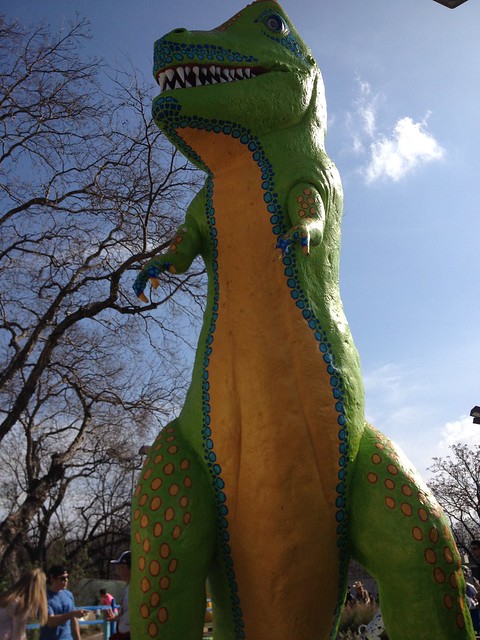 The course is Peter Pan Mini-Golf.  It has two courses, hard and easy.  We decided to try the hard course.  It even has an upside down loop.

The mini course brought an eclectic group of people and almost everyone was carrying a mini cooler.  The course is BYOB and many took advantage of this fact.  My favorite group  was a bunch of guys in full pro-golf gear with their own putters and balls.  They looked like they has just come off the country club golf course.

After taking a beating at mini-golf, we decided to head back to the hotel. 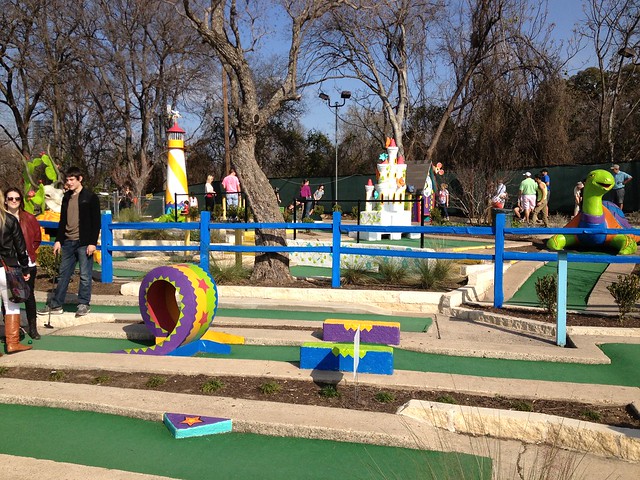 To finish off our last evening in Austin we went for dinner at TenOak.  A swanky restaurant and bar serving Southern style comfort food.  We kept it simple, I ordered the blue cheese stuffed burger, Obed got the spicy wings and we split some truffle fries.  I rolled out of there a happy camper.

The following morning we had to book it to Tulsa because some bad weather was going to be rolling in and we wanted to get to Tulsa before it hit.  Little did we know that 10:45 am, 2 1/2 hours into our drive home the pick-up decided to just shot off.  Literally like it flipped a switch.  We had to coast over to the side of the highway and big green would not turn back on.

Thank goodness for AAA and Steve!  Steve came to the rescue, hitched us up on the truck and drove us 56 miles to the closest Ford dealership. 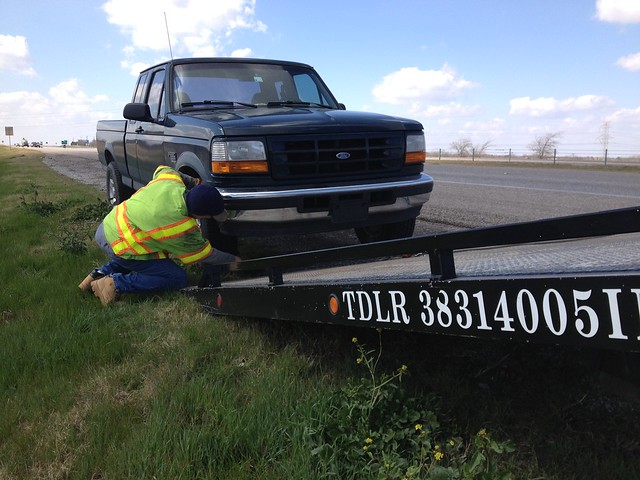 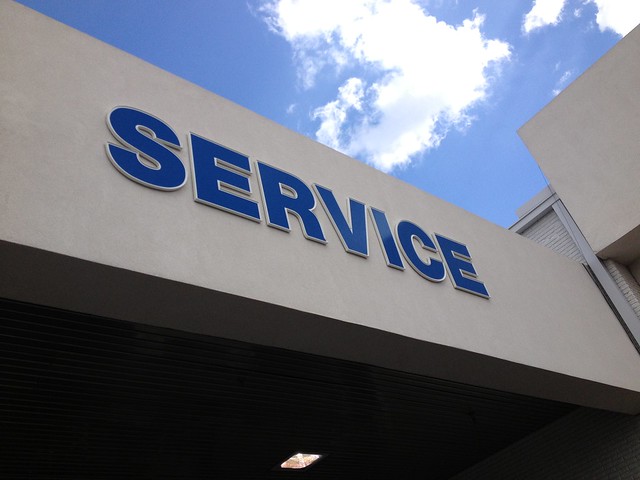 Have you ever heard of a fuel bowl? Well me neither.  The only bowl I know is a mixing bowl.

What I was told was that the little round metal piece broke off internally, fell into the fuel bowl, damaging the bowl and blowing the giant fuse.  Good news was the found the problem, bad news was they wouldn’t have the part till the next day.  Needless to say we had to find a hotel.  I had wanted to extend our trip, but this was not what I had in mind. They had a courtesy shuttle take us to our hotel and there we drowned our sorrows in Chinese take out. 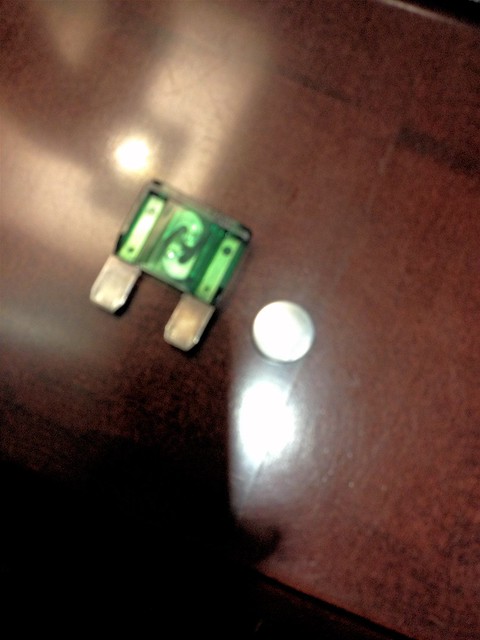 Finally be noon the following day, more than 24 hours since it broke down, our truck was ready to be picked up.  We saw the bill, cried and hit the road.

I had never been so glad to spend 4 hours on a bumpy road in a bouncy truck.