Where have you been?

Ok it’s more like where have I been?  Most recently I was in Austin on a mini-holiday vaca. “Mini-holiday vaca” is not really a term I use but it makes our pre-anniversary 8 hour road-trip to Austin in a Ford F-250 sound more fru-fru. Just humor me.

On the trip down to Austin we decided to split the drive and stop over in Dallas.   When we go on a “mini-holiday vaca” (Is that redundant?) we go with no itinerary, no plans and just throw caution to the wind.  We’re wild and crazy like that.   During the drive down I was fervently serving the internet for something to do that evening.  Something that didn’t require reservations or planning ahead.  I found a go-kart park called SpeedZone.   What yells romantic getaway more than a go-kart track?

I wanted to speed around at warp speed in a go-kart and since Obed and his brothers use to drag race many moons ago he insisted that we do the Top Eliminator.  So we decided on the Turbo Track and the Top Eliminator Dragster.

First I hopped into my mini-racer anticipating to shoot out at warp speed, it is the Turbo Track after all, only to sputter out and come to a stop no more than 10 seconds out the gate.  I sat there like a dork in the cold waiting for the attendant to come and check on my cart. Once he flipped some switch I was off and running.  Peddle to the metal and never on the brake. Literally skidding around the corners, until my loving husband sped up on me and rear-ended me.  He’s so sweet. 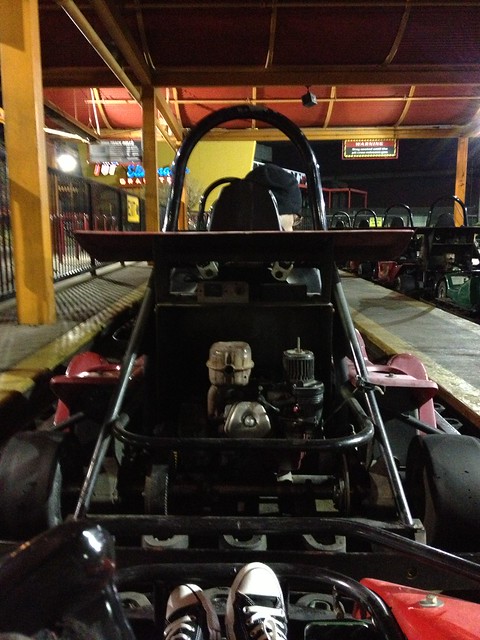 After getting my fix on the Turbo Track we headed over to the dragsters.  Between you and me I was a little nervous.  Although these little dragsters are on a track and automatically brake when you reach the finish line, I kept picturing myself flying off the track and taking out the fence and the masses ahead.  Don’t tell Obed I was stressing it, because I posing totally cool.   Granted I had my eyes close most of the time I shot out the gate but I came in second the first two times and beat Obed the third.  Not to shabby for stressing and having my eyes closed. 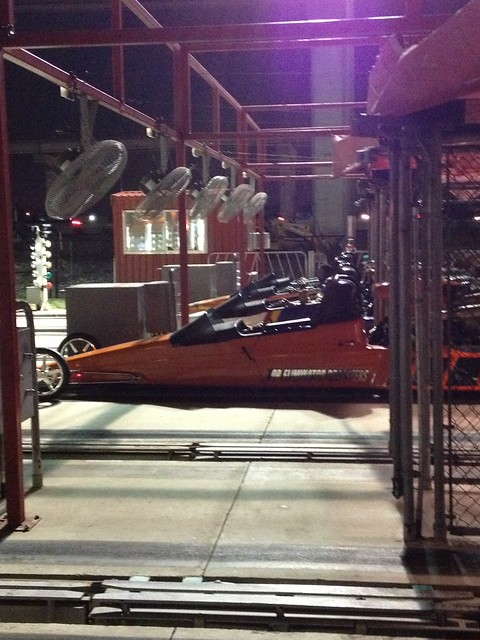 The following morning we got up all bright-eyed and bushy-tailed, grabbed some breakfast through the drive thru and headed south to Austin.  After 4+ hours on a very bumpy road in a giant diesel pick up we arrived in Austin.  However our hotel wasn’t going to be ready to check into for a few hours so we had some time to kill. 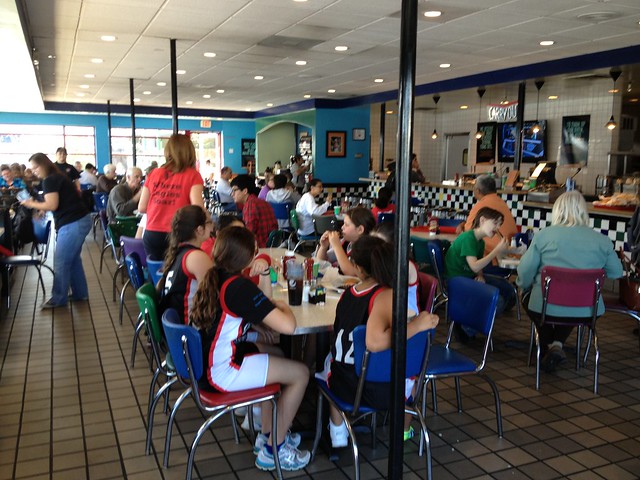 I had a Groupon for EZ’s Brick Oven & Grill.  So it seemed like a good place to start. 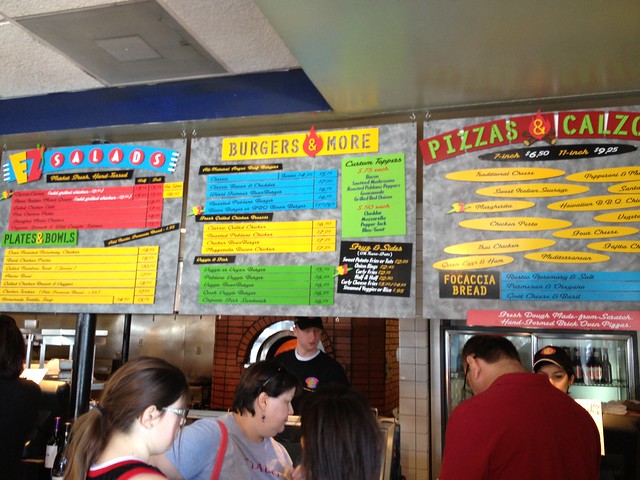 You know that anyplace that has brick oven in the name is probably serving a killer pizza.  I ordered the margarita pizza and it did not disappoint. Pizza is my secret boyfriend.  I love pizza, but who doesn’t?  Crispy brick oven toasted crust and cheese goodness…heaven!  Bonus, it was a beautiful 72 degrees and we got to enjoy our pizza out on their patio. 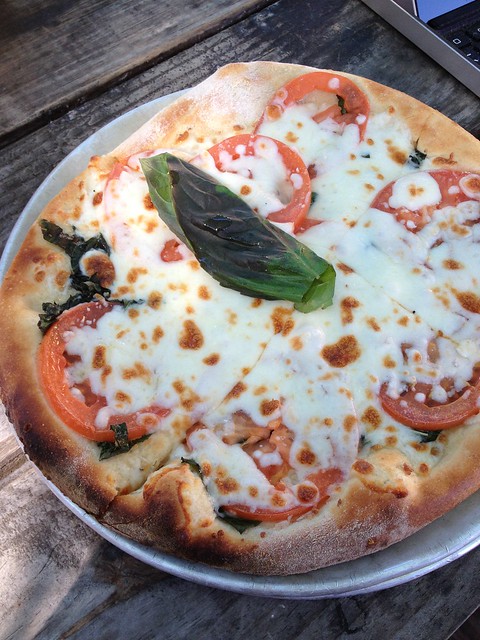 With a little more time to kill we hit up some local vintage and antique stores.  Only to torture ourselves.  This GORGEOUS teal newly upholstered sofa was a modest $5,600.  Talk about sticker shock.  It was a stab in my heart. 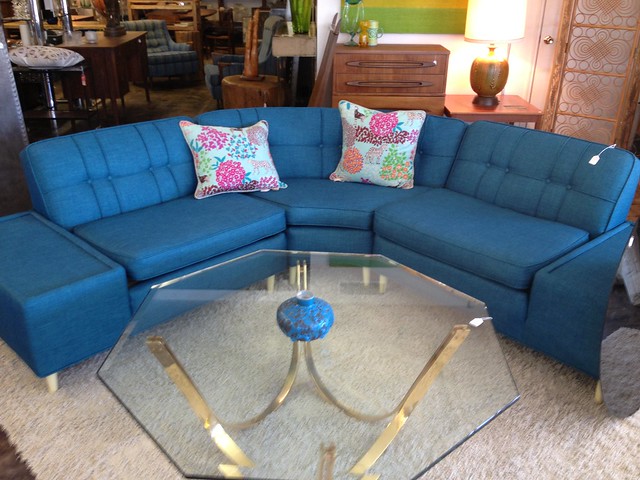 The store was full of beautiful pieces.  All vintage, reupholstered and refurnished.  It was a room full of everything I wanted and couldn’t have. Needless to say Obed was a little anxious to get me out of this store.  If you are want to torture yourself or drop over 5 Gs on a sofa visit Uptown Modern in Austin. 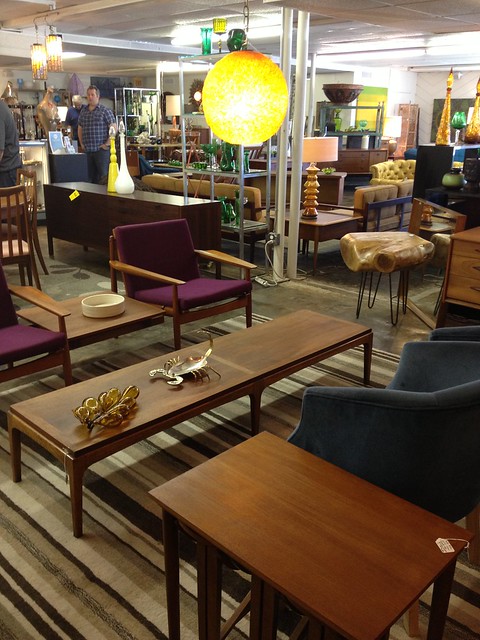 Finally we were able to check into our hotel The Casulo.  Yes that is a giant window into the bathroom, nuf said.  We watch the tube for a while and took a nap in crazy comfy plush beds. 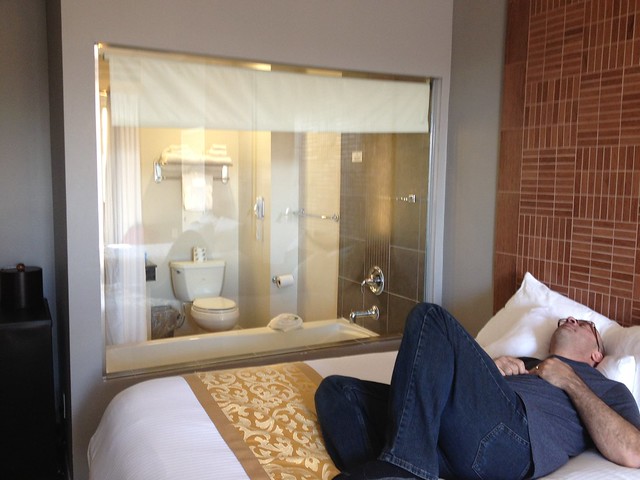 Later that night we dragged ourselves out of the über comfortable beds and went out for some grub.  We went to the Copa Bar & Grill a Latin kind of fusion restaurante.

We noshed on a spread of appetizers and split dinner.  My favorite without a doubt were the plantain nachos.  Hello plantain + nacho, how can that be anything other than awesome!  Each plantain was perfectly thin and crisp, topped with savory braised beef, melted cheese and served with a side of sofrito sauce.  I see these in my kitchen’s future. 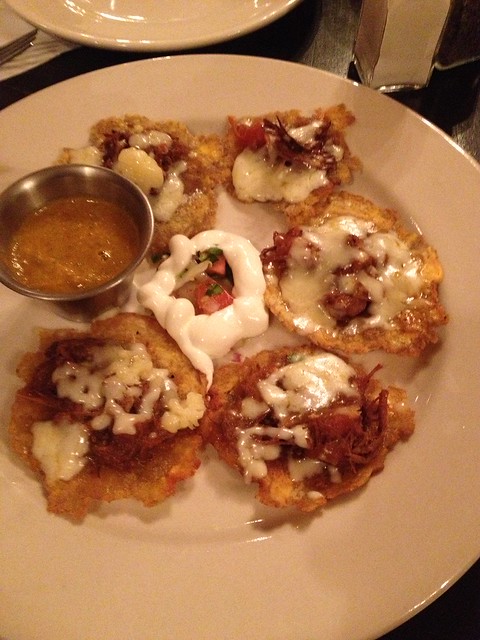 We walked the streets of Austin found a place for a cup of coffee and headed back to the hotel to rest for the next day of our Austin adventure. Stay tuned for part 2 of Austin or Bust.  There will be lions, tigers and lamas.  Not to mention killer BBQ, a dinosaur and  Steve.

You know the typical things you would expect on a “pre-anniversary mini-holiday vaca”.