On Friday PW did a FAQ about the filming of the FN show.   She also mentioned that I catered the crew lunch and dinner.  I didn’t get to spend a lot of time on set since I was busy preparing lunch and dinner for 20 people but I thought I would share with you a few behind the scene shots. 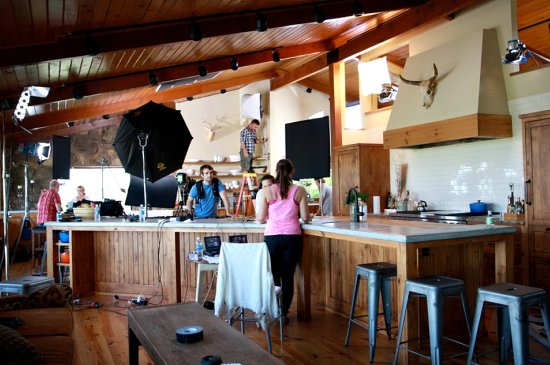 Although it was a lot of hard work and long, long hours it was fun getting to know the crew.  Some of the crew were local Okies and some had hopped the pond and came all the way from the UK.   By the end of the shoot we were all imitating the British accent and using words like rubbish, hob, and fab. 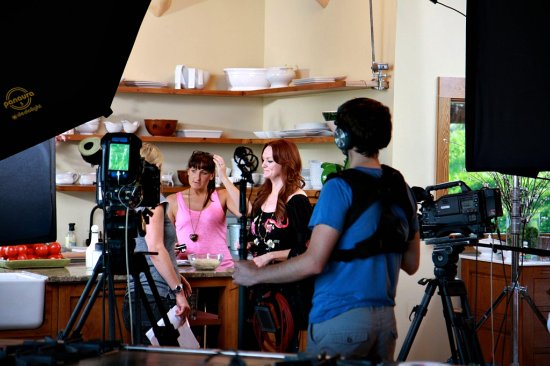 Because we had to keep the kitchen or “set” as neat as possible we had to set up a makeshift kitchen in the mud room.  From the looks of the mozzarella on the table Tiffany is prepping for a pizza segment. 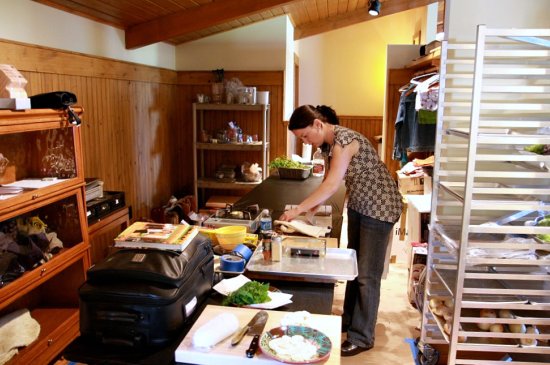 Charlie was of course always on set and hard at work helping with direction and production. 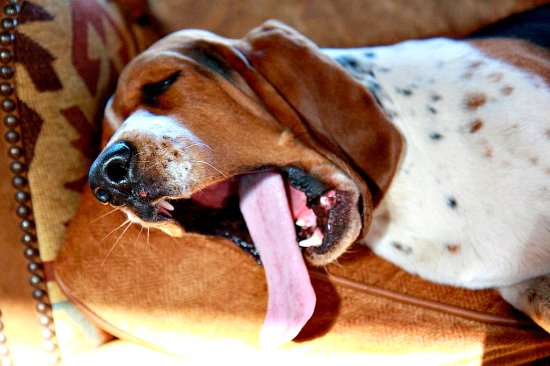 Out of the 20 people I had to feed twice a day for 14 days there was one vegetarian.   This posed a challenge to me because I alway had to think of a way to “beef” up the sides so they would be substantial for a vegetarian.   PW mentioned a quinoa salad and tandoori chicken. The chicken recipe will be coming but  I went ahead and made the quinoa over the weekend. 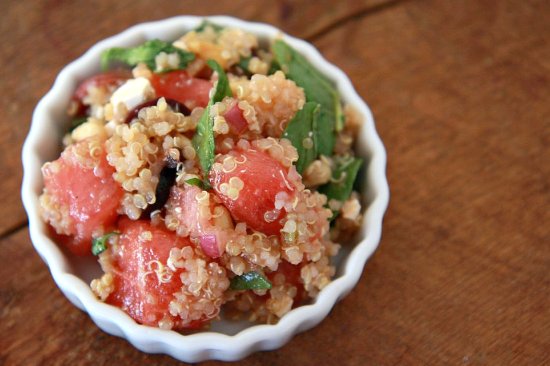 It just happened that I found most of the ingredients at the farmer’s market this weekend, I took it as a sign.

First prepare 1 cup of quinoa according to package directions, set aside to cool.  If you need cool on the fly spread the quinoa on a cookie sheet and place in the fridge to cool. 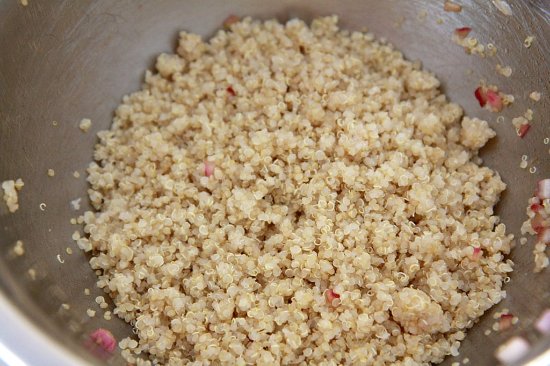 To make everything nice and uniform I used a 1 1/2 inch round cookie cutter to cut out watermelon rounds and then sliced them in half to make half moons. You need about 2 cups. 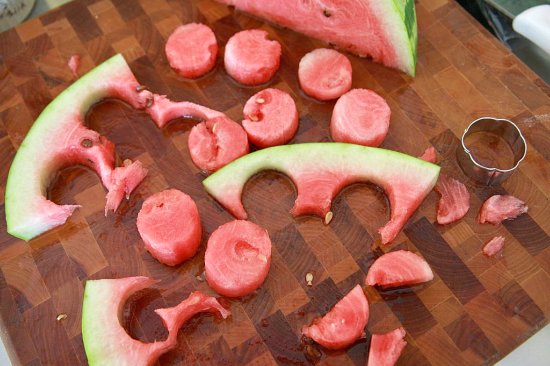 Place the watermelon in a strainer over a bowl to drain while you prepare the rest of the salad. 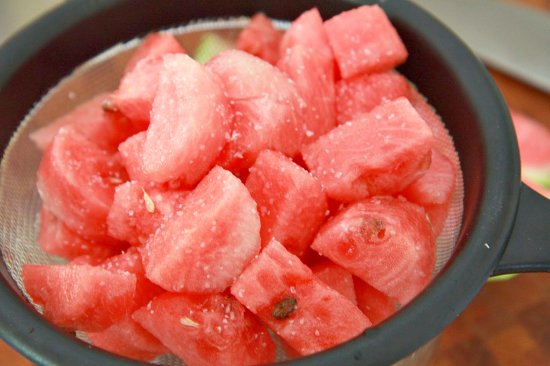 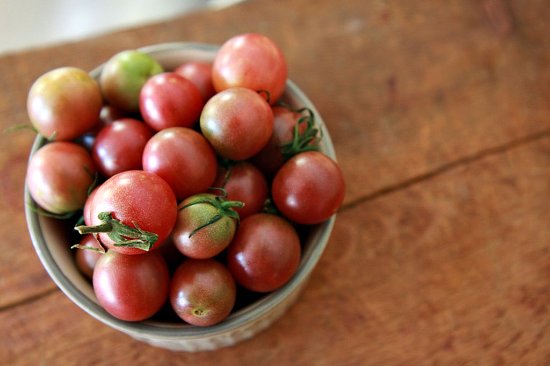 If you are using baby arugula just give 3 cups a quick chop.  If your using grown-up arugula like the one I found here at the market remove the stem and tear the leaves. 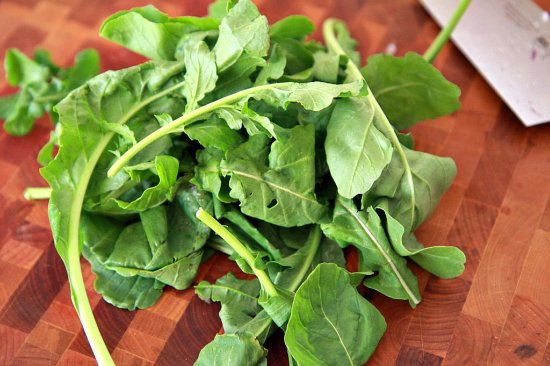 Whisk together lemon juice, red wine vinegar, and salt in a large bowl, then add oil in a slow stream, whisking until emulsified.

In a large bowl combine all ingredients and toss with dressing. 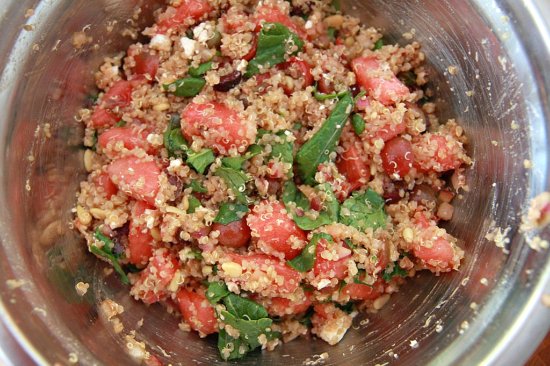 I was amazed how this salad was so well received by meat eater and veggie eater alike.  It’s a simple dish that comes together in no time and perfect to take as a side dish to your next end of Summer BBQ.    It refreshing because of the watermelon and tomato but still filling because of the quinoa.

Whisk together lemon juice, vinegar, and salt in a large bowl, then add oil in a slow stream, whisking until emulsified.
Prepare quinoa according to package directions and set aside to cool. Once quinoa has cooled completely combine with remaining ingredients and toss with dressing until well combined.