Home » The Cone of Shame 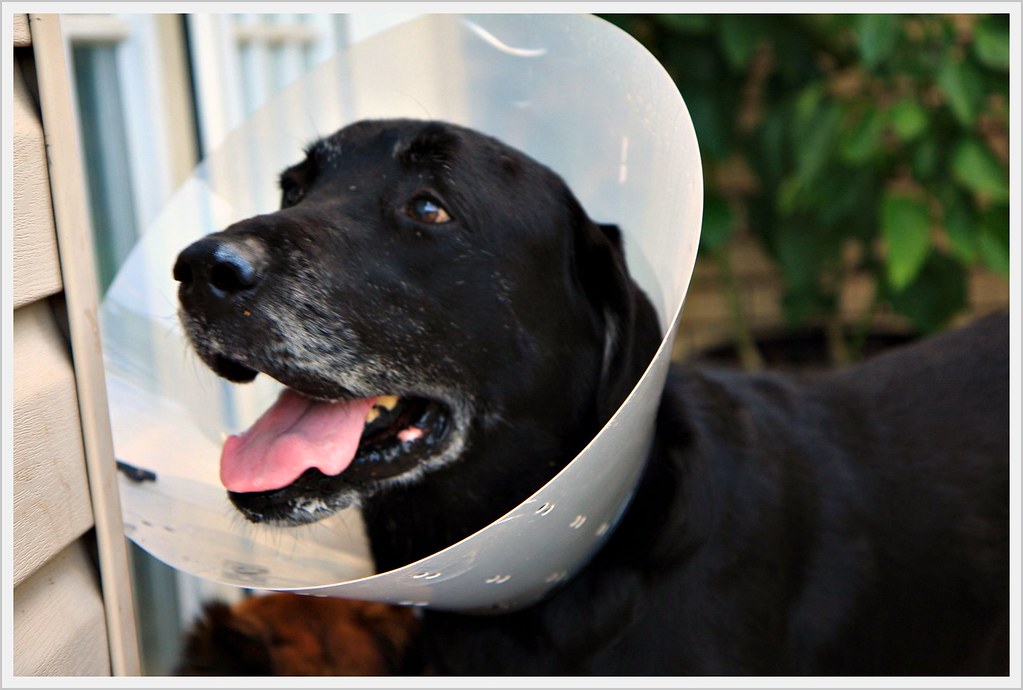 You may have seen on my Twitter status that I was back at the vet with the big dog.  Who is only big in size because Buster, who is only 19 lbs vs. his 73 lbs, bosses him around quite a bit.  Jake is a big lovable lug that developed a pretty bad itching problem. 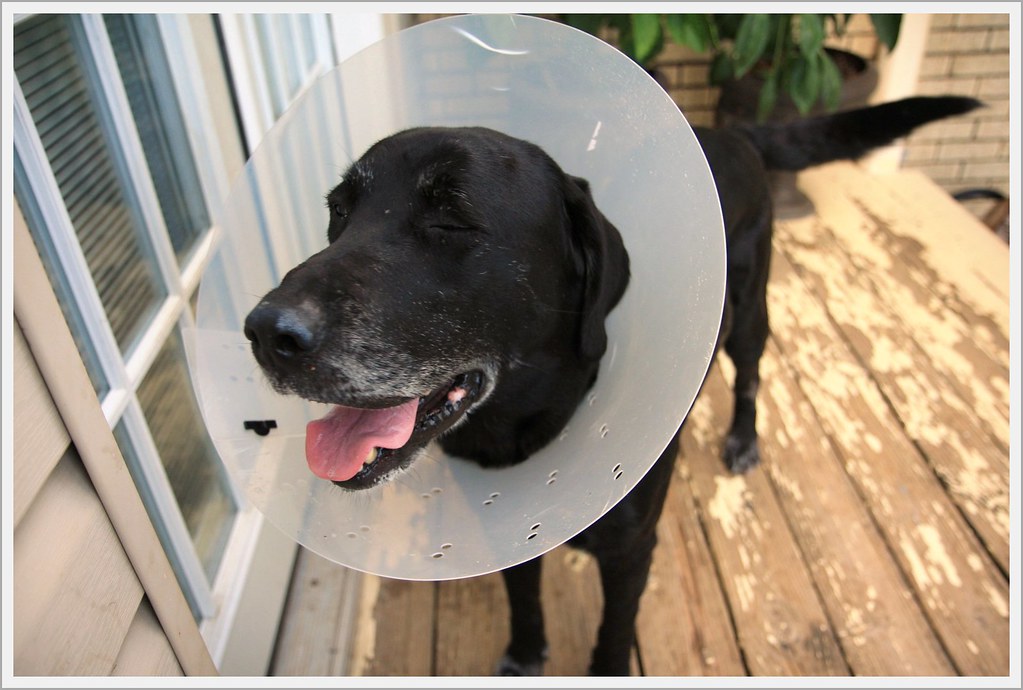 Our dogs are treated with flea treatment but the fleas here are like mutant cyborgs or something, because when the heat came they were suddenly covered.  We took Jake to the vet a month ago to find out that he has a really bad allergy to flea bites.  After a steroid injection,  an anti-inflammatory injection and anti-biotic for Jake and Capstar, flea bath and some Front-line for every one, Jake was doing much better. 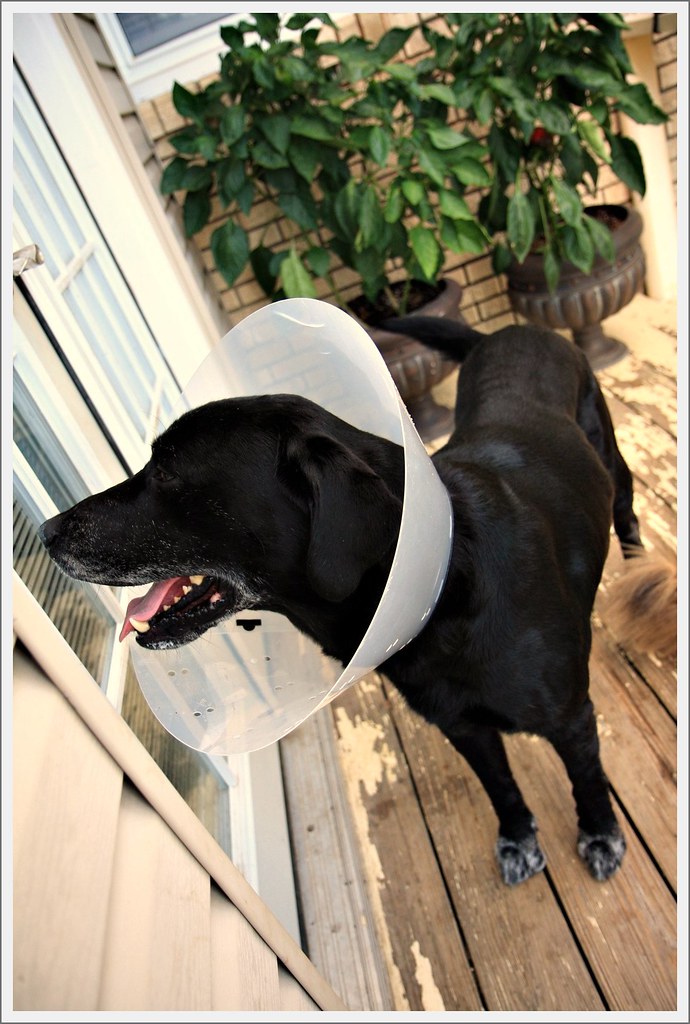 Fast forward 2 1/2 weeks later.   I notice weird streaks of blood on the walls, which freaked me out.  I check Buster and he was clear, checked Honey and she was clear then I checked Jake, at first he looked fine until I checked his hind legs and tail.  He was eating himself alive!  He was gnawing his hair off and had a few open soars.  UGH!  I checked Buster and Honey again and they had FLEAS!  WHAT THE HECK!  It wasn’t time for their next dosage yet!  Grrrr. 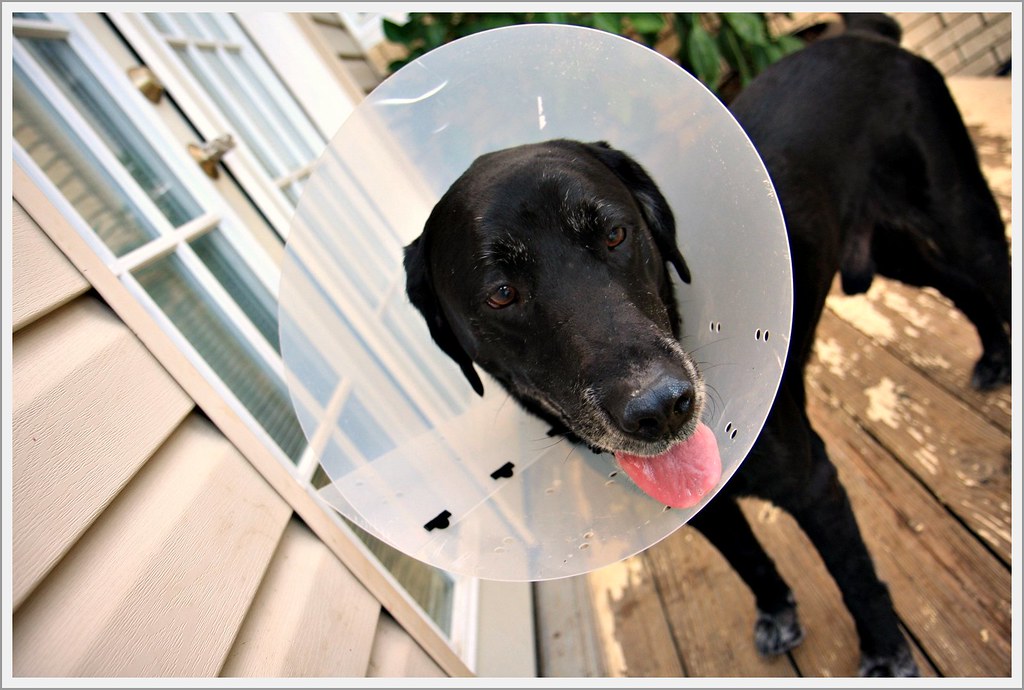 That afternoon I called the vet and we were back for another round of a steroid injection, anti-inflamatory, anti-biotics and the COOOOONNE OF SHAAAAAAME!

He is doing much, much better now and the cone is off.  Vet says that we need to give them their drops every 3 weeks and shampoo them with the flea shampoo at least everyother week.  Otherwise we will be at the vet again giving a generous “donation” NOT!