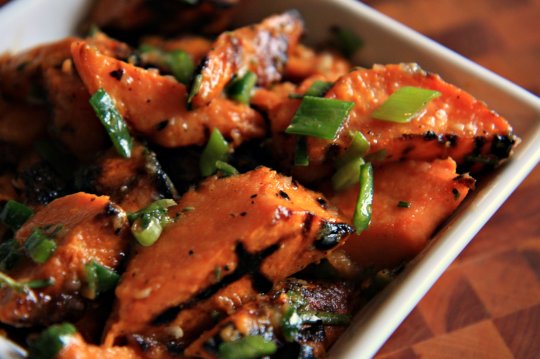 Last week I got my first issue from my new subscription of Bon Appetit.  I’ve been reading this magazine for sometime now but never subscribed to it.  Instead I opted to pay $4 to $5 a pop for each issue.  Finally I got wise and got a subscription, which is much more economically friendly. 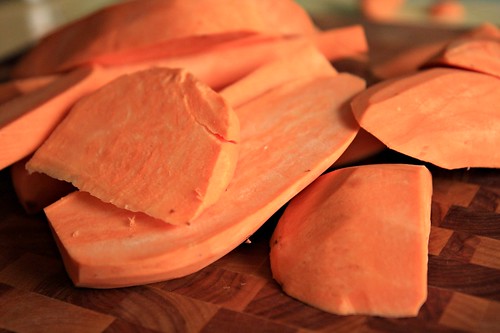 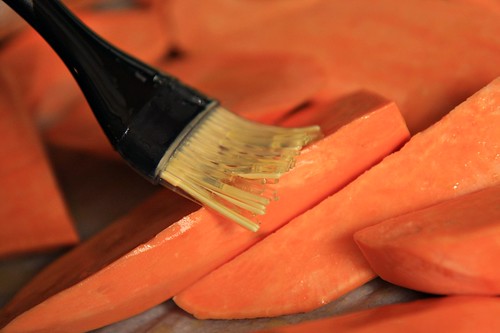 This month’s issue has a lot of grilling recipes, which of course makes sense because it is grilling season after all.  However I am not much of a griller.  I am a true and proud pansy when it comes to the heat.  The idea of standing outside in the heat in front of a equally hot grill is just not my choice of fun.  I leave hot sweaty grilling up to the Hubby.  Meanwhile I hang out inside in air conditioning, sipping on a nice cool Arnold Palmer. 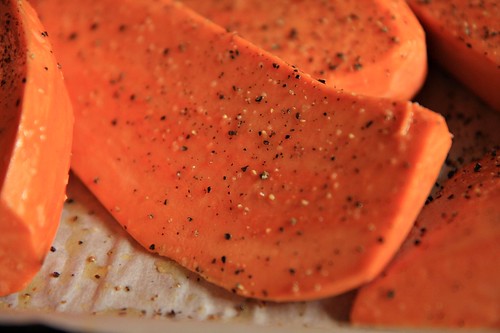 Arnold Palmer is not some fella I have stashed away in my house while Hubby is outside grilling.  No worries.  An Arnold Palmer is what I believe to be one of the most refreshing beverages for a hot summer day.  It is equal parts sweet tea and lemonade.  Takes putting lemon into you tea to another level.  It gets its name from the golfer Arnold Palmer whose favorite drink  is a combination of half iced tea and half lemonade. 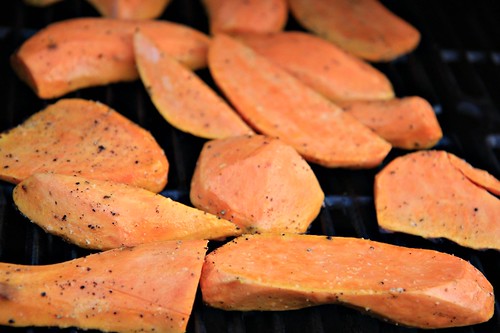 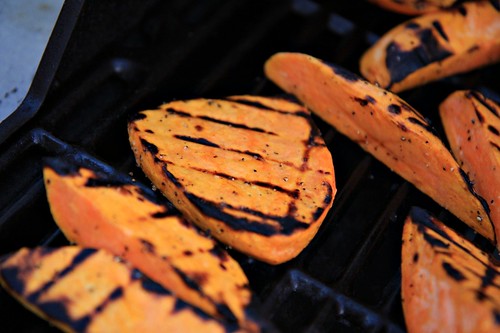 Grill sweet potatoes, abt 20 to 39 mins, turning frequently. Remove from grill and cool.

Oooops, got a little side tracked.  Back to the food.

Hubby was in the mood to grill.  Which I am always cool with as long as I don’t have to stand outside in the heat.  We agreed that some sweet potatoes would be nice but I didn’t want your hum-drum, butter + brown sugar + cinnamon sweet potato.  There just had to be another way to prepare sweet potatoes. 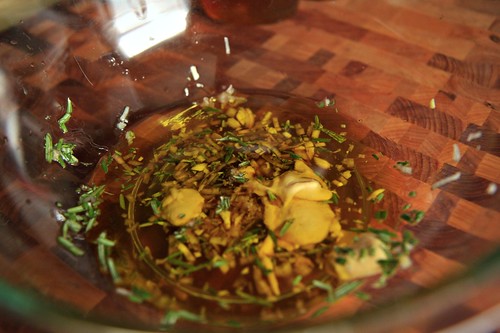 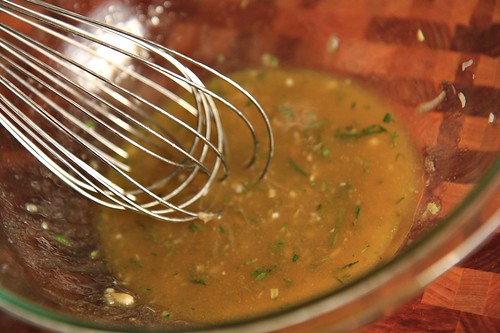 In a bowl whisk together first 6 ingredients, slowly drizzle in olive oil. 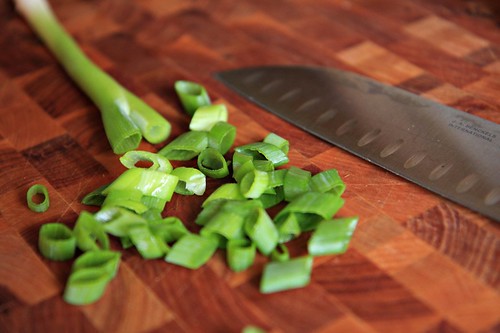 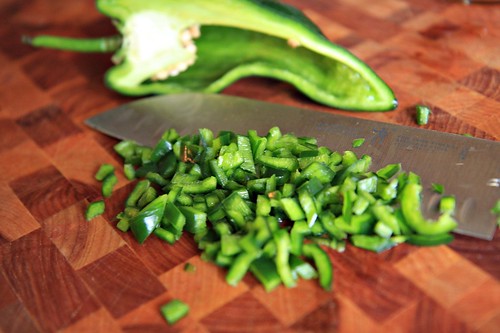 Then I remembered seeing this recipe in my new magazine and I was all over it.  I will admit I was skeptical.  I had never had a sweet potato “salad”.  When I though of sweet potato, I always thought of them as sweet.  I always thought of pie or  you know the casserole with the toasted marshmallows on top.  Needless to say the concept of putting scallions, poblano pepper and dressing over my sweet potato was very new to me.  I guess when it comes to sweet potato you can say I am simple. 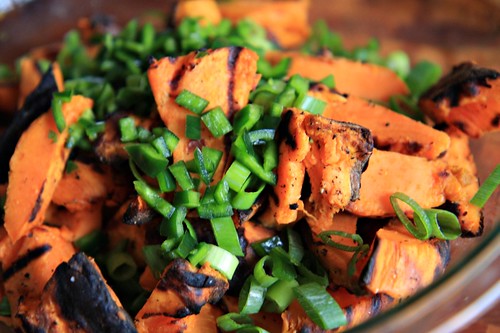 In a large bowl combine potatoes with dressing, scallions and poblano

Well let me assure you their is no reason to fear the savory sweet potato.  The potatoes were nice and tender with just a little bit of a crisp from the edges.  The salad has sweetness to it because of the potatoes and the honey in the dressing.  It also has a little bit of a bite…actually a nip, from the white wine vinegar and just the smallest amount of heat from the poblano pepper.  When you think poblano pepper you think “hot”, or at least I did, but it is a surprisingly very mild heat.  It may have been down played by the sweet potato but the combination of all the flavors melded very well together. 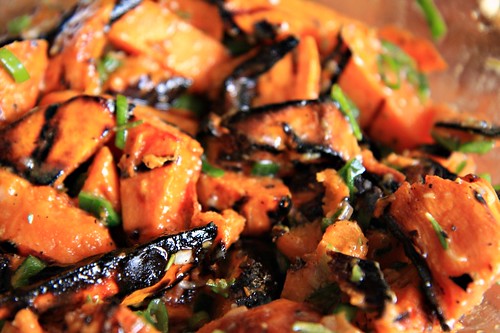 The entire salad was devoured and will be one of my new go to BBQ recipes.