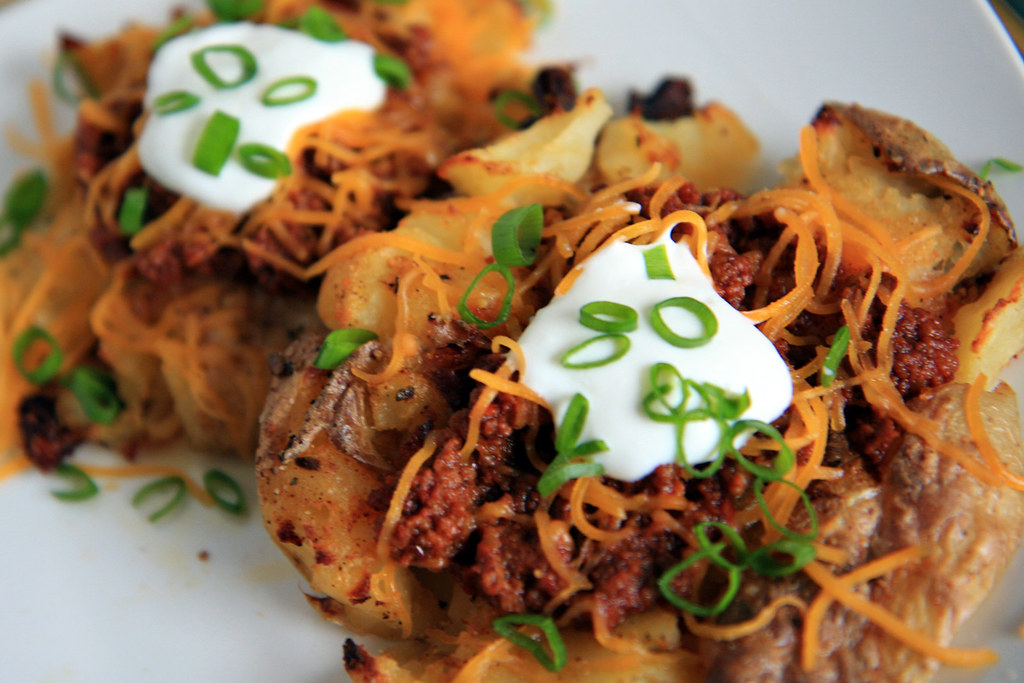 Yesterday I was reviewing my posts for the last week and I realize that I have been on a real Italian kick.  It happened and I wasn’t even looking or trying.  Obviously I love Italian food, if you haven’t noticed, but you don’t want to get into a rut.  I think part of it too is that most of the time it is so easy to make.  Who doesn’t want to get dinner together is 15 – 20 minutes on a weekday?  Especially after a long day at work, laundry piling up and sleep deprivation kicking in. 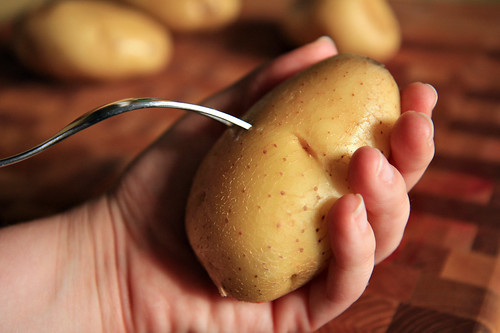 Pierce 4 potatoes with fork in 3 places. Wrap in damp paper towel and microwave for 10 minutes, or until fork tender. 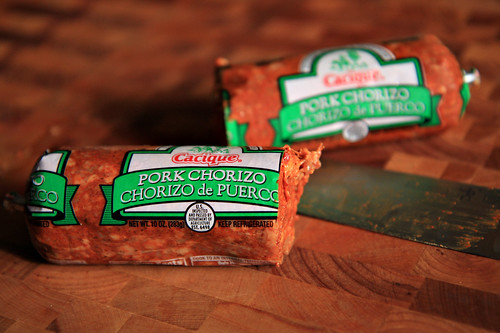 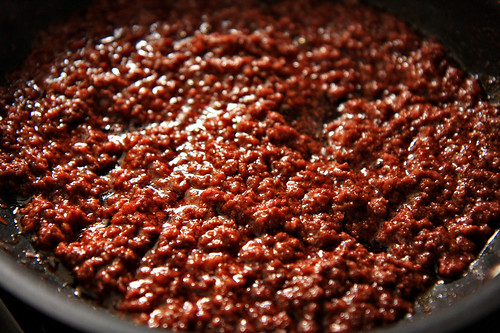 I decided it was time to change it up a bit, but still keep it simple.  I decided to make some potatoes with a hint of southwest flair.   Let’s have some TATERS! Mmmmm.  Who doesn’t love a good tater?  Except for tater tots. I don’t know why I am just not a fan of tater tots and watching Napoleon Dynamite did not help to bring me and the tots closer together.  I am not sure if it was the way he ate the tater tot or that fact that he would stuff them in his pocket. Ewww. 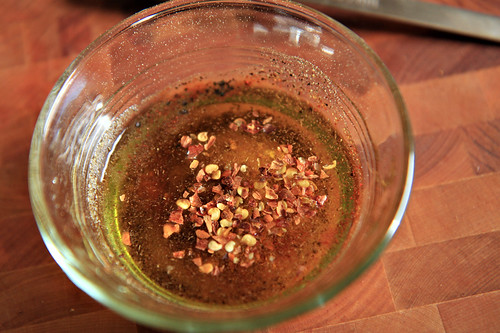 Oh my goodness!  That reminds me of a date that I went on, way back.  I was living in Washington, DC .  The Newseum was about to close for 3 years and was being moved closer to the Capitol.  I wanted to go and visit before is closed, so we met at the Newseum for our date. It was our first and the vibe wasn’t so great.  I don’t remember much about this guy, actually I don’t even remember his name.  :/ What I remember and will never forget is while we were looking at the exhibits he dug into his jacket pocket, pull out an animal cracker and offered it to me.  I asked if he had them in a bag and with no hesitation said no.  I kid you not I think I saw lint on the cracker.  Shortly after that we called it a day and I headed back home.  Thanks for coming on this detour with me. 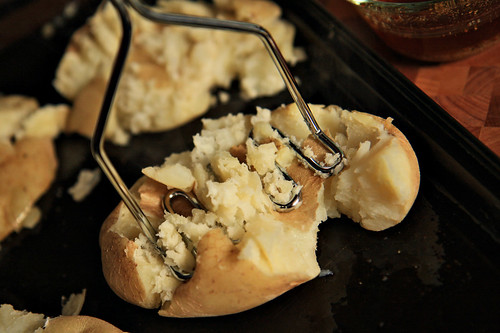 Ok back to the taters.  I wanted to keep it simple and easy.  First I pierced 4 potatoes with a fork, wrapped them in a damp paper towel and nuked them for 10 minutes. While those were in the microwave I cooked up some chorizo in a skillet.  I then whipped up an olive oil seasoning with a little cumin and paprika to brush on the potatoes.  When the potatoes were done in the microwave I just brushed the baking sheet with the seasoning, put the potatoes on the sheet, crushed them and laid on some of the flavoring.  Pop them in the oven for 25 minutes at 400 degrees, until they get a good crisp on them.  Throw on the fixings and call it divine. 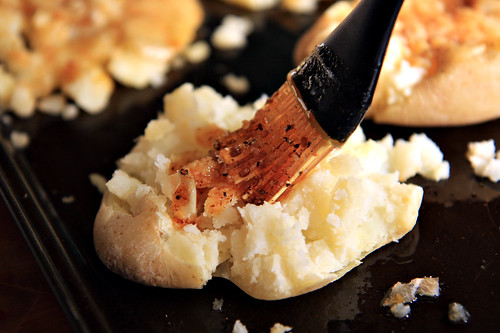 These taters were all that and a bag of chips.  HA! Potatoes….bag of chips….I think that is funny.  They had an awesome crispy crunch on the outside and so tender on the inside.  The season gave them a great little spice from the cumin.  And what can I say about chorizo?  It just took it up a notch.  Melt in your mouth delicious.  I went light on the cheese because I wanted it to just complement the dish, but you feel free to lay it on there.  I actually ate two of these babies. One with my dinner and one for dessert. 😀  Perfect side dish for a summer cookout. 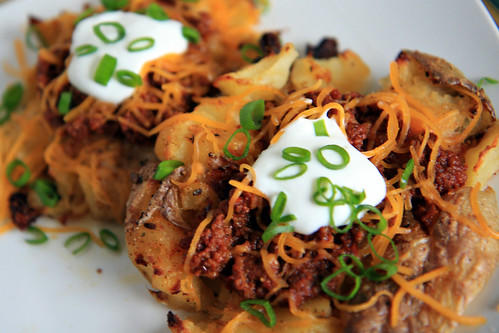 Pierce 4 potatoes with fork in 3 places. Wrap in damp paper towel and microwave for 10 minutes, or until fork tender.

Cook 10 oz of ground pork chorizo in a hot skillet for about 5 minutes, set aside.