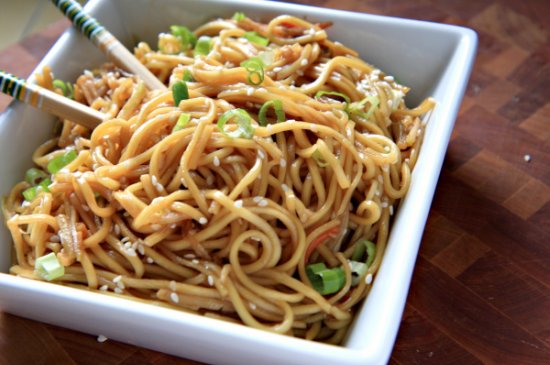 I have been a wee bit out of it lately. Just tired and icky.  I have a few extra things on my plate this month and it throws me off.  I have a routine and when that routine gets all whacked it takes me a while to get it straight.  To top it off the sun is starting to rise later and later, and set earlier and earlier, which puts my whole world into a tail spin for about a month.  My alarm clocks (ie. dogs) are sleeping in, which has made me almost late to work twice this week,  (This reminds me I need to dig my alarm clock out. ) and I am racing against the sun when I get home from work. 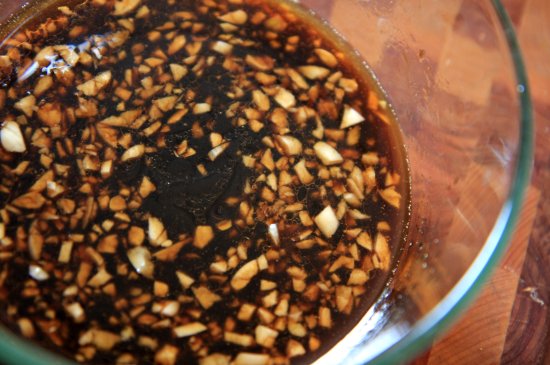 Monday when I got home I was not in the mood to run around like a nut trying to get dinner together.  I was looking for something simple-stupid and that is what I did.  I made some quick sesame noodles and broiled hosin glazed chicken.  I would have been happy with just the noodles but I think you all know about that guy I married who always has to have some meat with his dinner.  Love you honey! 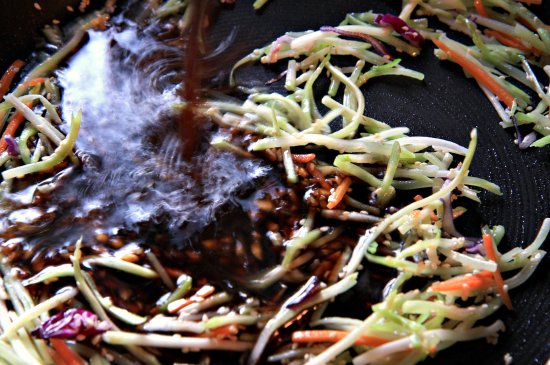 The funny thing is I think he liked the noodles more than the chicken.  I heard over and over again, Mmmmmm……Mmmmmm….these are good.  Mmmmmmm.  He in no way could ever be a food critic, he is just a little too left brain for that, but the man loves food and he is very vocal when he likes it.   Although I will confess that as much as I love cooking, I love it even more when Obed is happy with his food. 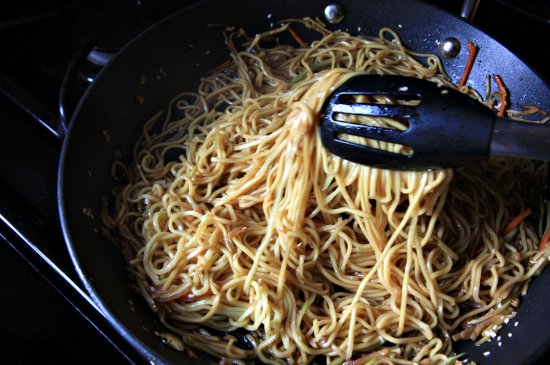 These were in fact very tasty and I loved them even more because they were so easy to make.  I added some cole slaw mix to them just to give it a wee-bit of a crunch.  The neat thing is you can toss in whatever protein you want and you have a full meal.  Simple, easy and dinner is on the table in no time.

Prepare noodles according to package directions.

Combine all ingredients except green onions in a bowl.  Pour mixture into a large hot skillet, add noodles to pan and toss to combine.  Stir-fry the noodles for about 5 minutes, toss in green onions.

Serve hot and top off with more green onions or sesame seeds if desired.