On Christmas morning at about 8:00 am Obed whispers in my ear, “Let’s get up and open presents and then we can play outside in the snow with the dogs.”    He is a big kid at heart what can I say.  I am A-OKAY with it.  It makes things around here fun.

So that is exactly what we did.  We jumped out of bed like two dorks and ran to the tree.  Under the tree I had two heavy small boxes and Obed and one big light box.   Santa a.k.a. Obed got me a sweet stainless steel frying pan and pasta maker attachments for my Kitchen Aid.  Obviously my husband knows me very well.  I was very excited about both, thinking what can I sear in the frying pan and what pasta was I going to make first.  The possibilities were endless. 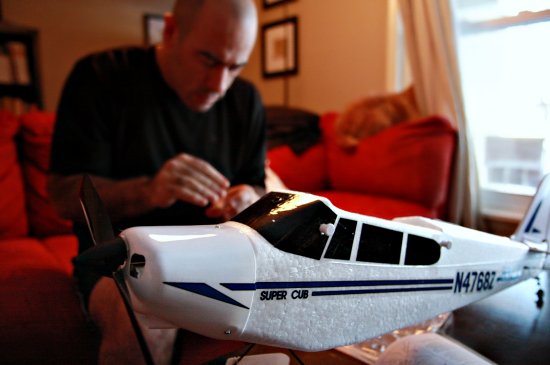 He had been besides himself wondering what was in the huge box under the tree what weight virtually nothing.  The spousal figure was like a kid in a candy store when he unwrapped his present.  He got a beginners RC airplane, with anti-crash technology.  That last part is very important.

My brother-in-law told me he wanted one since he was a kid.   Unfortunately it has yet to take flight because of the weather conditions outside. 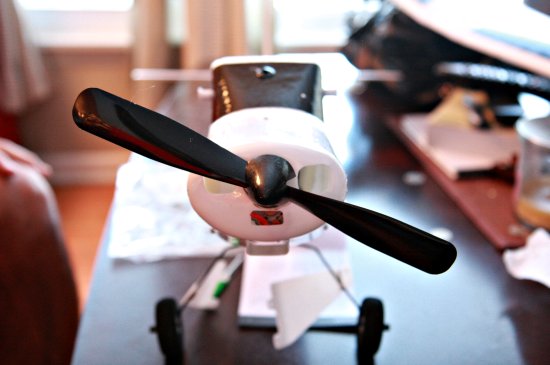 Obed was immediatly sitting on the sofa putting his new toy together while I sat there reading the instructions for my new pasta maker. Ahhhh, Christmas morning. 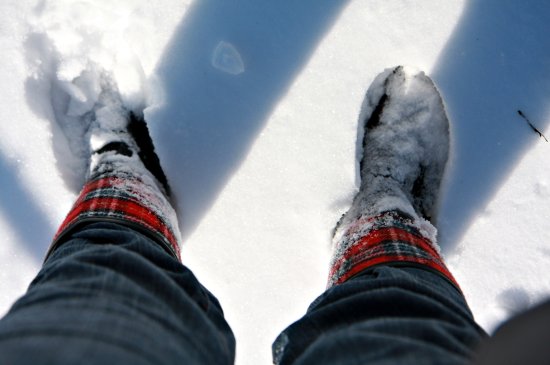 Then we suited up and headed out to the backyard to play with the doggies in the snow.  I got these nifty new, stylish boots at Target just before the storm hit, notice the snow comes up over my ankles. 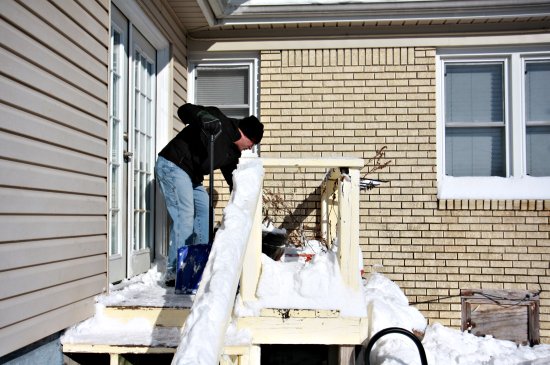 Obed cleared off the deck to give the dogs a place to hang out, out of the snow when they needed a break. 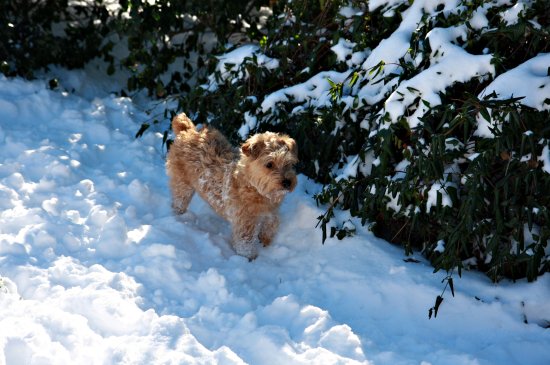 Buster was a brave little soldier and ventured out into the snow. 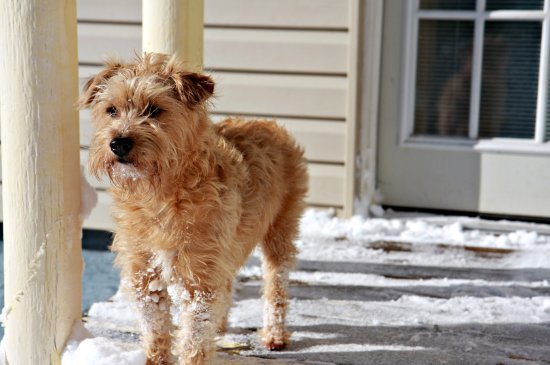 But then he decided it was better to hold post on the deck and keep guard of the winter wonderland from above. 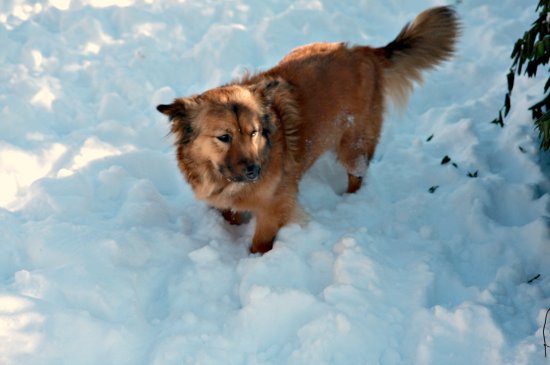 Honey was not a fan, she walked in the snow like she was walking on some alien frontier.  She was back inside after a short time, where it was warm . 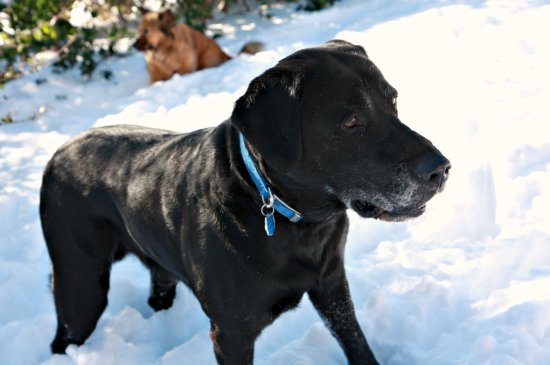 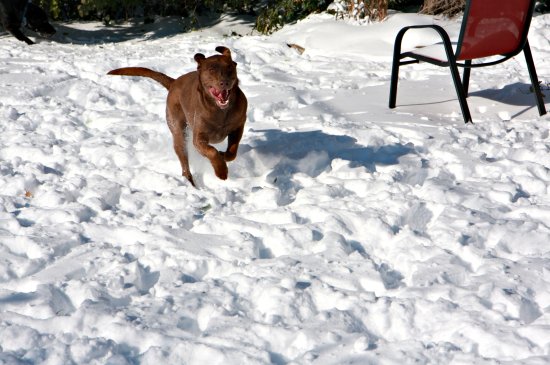 This is Girly a crazy, sweet and rambunctious chocolate lab that we took in a few weeks ago.  The plan is to find her a home…..we will see how that goes. 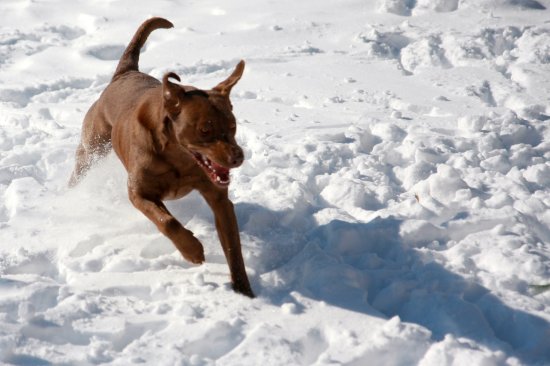 This nut job was flying, paunching and rolling in the snow.  If you weren’t careful she would take you out at the knees. 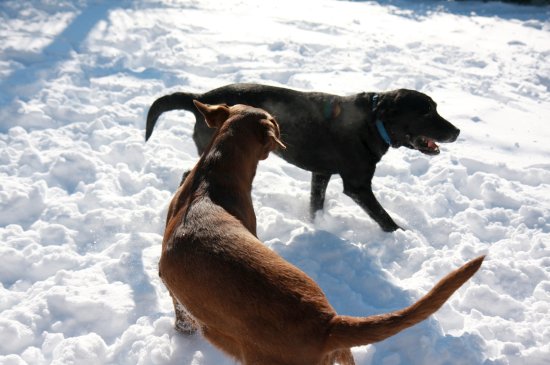 She tried to take Jake down a few time but her attempts failed miserably. 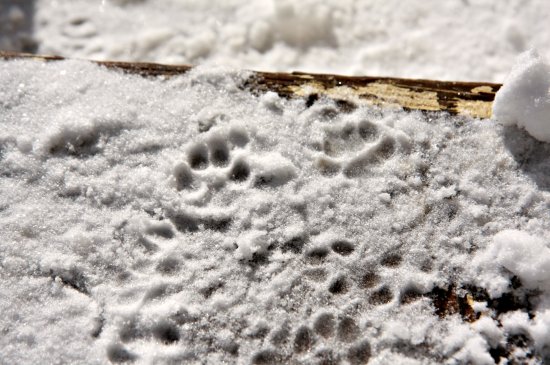 Christmas morning, presents, snows and doggies.  It was a good day.   Now off to start Christmas dinner.